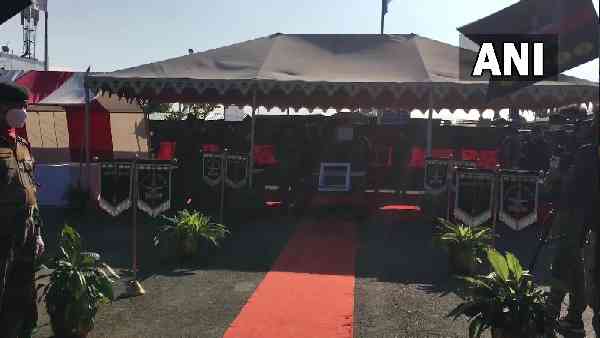 New Delhi, January 14: Myanmar’s military has launched operations on its soil against anti-India rebel groups. This information is coming out by quoting the sources of the Government of India about the action of the army of this country adjacent to North-East India. There is currently a military government in Myanmar and Indian security agencies are in constant contact with them regarding this operation. Recently he has also handed over some rebels to India. These groups are also believed to be responsible for the attack on the commanding officer of the Assam Rifles, his family and jawans in November.

Action against anti-India insurgents in Myanmar
Sources in the Indian government told news agency ANI, “We have received information that the Myanmar Army is taking action against anti-India insurgent groups who have set up their camps in Myanmar.” According to sources, Indian security agencies are in constant touch with the military government of Myanmar and they have recently handed over five anti-India rebels to Indian agencies, who were brought to India by a special aircraft.

have been active again for some time
Some insurgent organizations in the North East such as the People’s Liberation Army (PLA) and Kangla Yaol Kanna Lup previously carried out anti-India activities from Myanmar, but their camps were demolished in an operation three years ago. But, in the last few months, he has regrouped himself.

Assam Rifles team was attacked in Manipur
It is worth noting that in November last year, 6 people of the Indian security forces, including the Commanding Officer (CO) of the Assam Rifles, were killed in a terror attack in Manipur. On November 13, four jawans, including 46 Assam Rifles CO Colonel Biplab Tripathi, his wife and their 8-year-old son, were killed in this terror attack near the Indo-Myanmar border in Manipur. Four more jawans were also injured in this terrorist attack in Churachandpur district.

Myanmar is in touch with Indian security agencies
“Indian agencies are in touch with the Myanmar Army to take action against terror groups such as the PLA, which were involved in the killing of an Assam Rifles colonel and his family sometime back,” the sources said. However, the details of the damage caused to the insurgents in the action of the Myanmar army are not yet available.

Also read- Indian ‘Brahmastra’ will be deployed under the nose of China, Philippines approves to buy BrahMos missile

Significantly, after the attack on the Dogra Regiment battalion, in which 20 soldiers were martyred, in 2015, India also conducted a surgical strike by entering Myanmar against anti-India insurgent groups.

Myanmar army is campaigning against anti-India insurgent groups in their country, Indian security agencies are also in touch

Harsh Goenka said this funny thing on eating biscuits dipped in tea, even you will not be able to stop laughing after reading

What is the attitude of former minister Imarti Devi? Thrown out of the car instead of wearing a mask, Video Viral

Chris Gayle’s reign in IPL ended, know what the legend said if he was not named in the 15th season