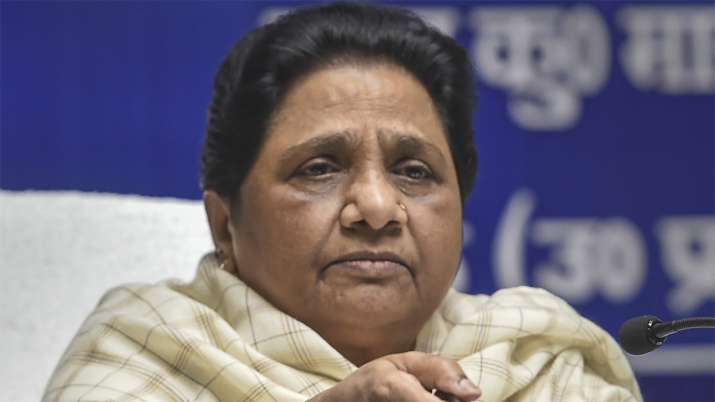 Kannauj: On Saturday, the Labor and Employment Minister of Uttar Pradesh government, Anil Rajbhar, hit back on a statement of Bahujan Samaj Party President Mayawati. Rajbhar said that Mayawati should not tweet while sitting in AC rooms and come out on the road and see the development works being done by the Bharatiya Janata Party government. When Rajbhar, who was on Kannauj tour, was asked a question on Mayawati’s development work of the BJP government as a ‘gimmick’, he took a jibe at the BSP supremo in response.

Mayawati had accused of ‘jungle raj’

BSP supremo Mayawati had alleged in a tweet on Friday, ‘Many people died in boat accident due to incomplete construction of bridge over Yamuna river in Banda district for years, daylight murder of accused who appeared in Hapur and now in Hamirpur. The painful incident of gang-rape proves that there is jungle raj in Uttar Pradesh and the slogan of development is just a hoax!’ Mayawati had further said that the criminal elements being fearless in UP is evidence of poor law and order.

‘Development also limited to certain districts’
He had said, ‘Their development is also limited to certain districts, while there is poverty and unemployment in every area of ​​the state. The government must pay attention to this. Let us inform that on August 11, 11 people on board a boat capsized in Samgra village of Banda district, killing them. At the same time, on August 16, a history-sheeter from Haryana was shot dead by three people outside the District and Sessions Court of Hapur.