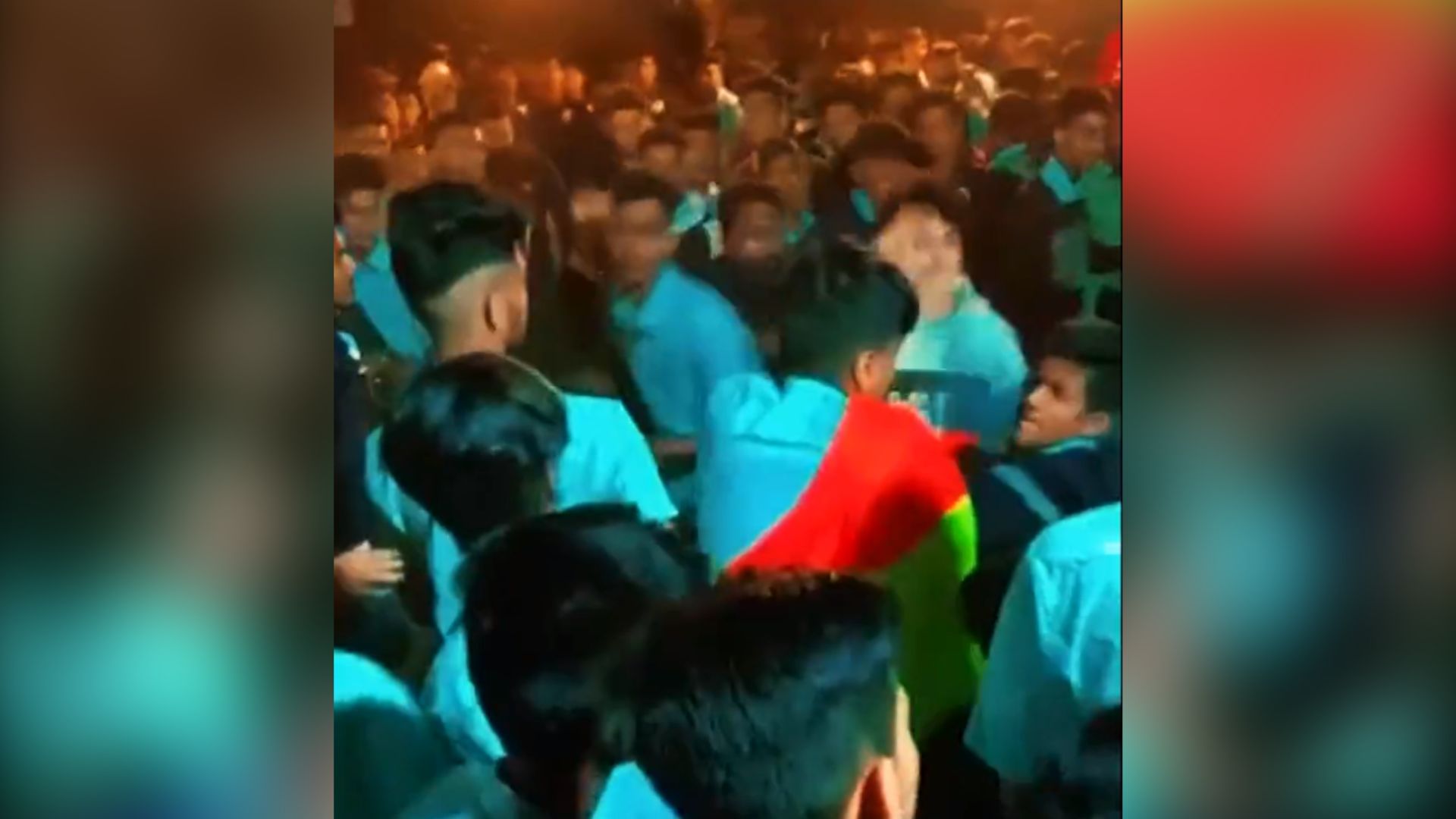 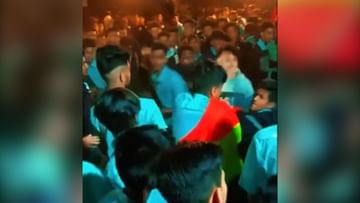 Maharashtra And Karnataka The controversy over Belagavi is increasing day by day. Now a fight broke out between two groups of students in a school in Belagavi district. allegedly a Kannada student had hoisted the traditional flag of Karnataka at a school-fest, which enraged the Marathi students. Later the matter reached a scuffle and the Kannada student who was waving the flag was beaten up by the Marathi students. A video of this incident is being shared fiercely on social media. It is being told that this dispute happened during a school-fest.

Belagavi, a district in the southern state of Karnataka, has been claimed by Maharashtra. In the past, tensions had also increased in both the states regarding this dispute. The CMs of both the states also hit back at each other. Police said that the incident took place at an Inter College located in Tilakwadi, Belagavi, where teachers and staff had to come forward to end the fight between two groups of students. Area police chief Ravindra Gadadi and other police officers had also reached the school for questioning in the matter.

According to the media report, the student who has been beaten up is a student of class 12th, second year in pre-university, who is said to be a minor. It is being told that the police officers also advised the student that when the dispute is going on between the states, he should not have hoisted the flag in the meantime. The dispute between the two states increased further when Karnataka CM Basavaraj Bommai claimed some part of Maharashtra on the basis of language. On the other hand Maharashtra also claims that Belagavi and other Marathi speaking areas were given to Karnataka during the re-organisation. This matter is pending in the Supreme Court for decades.

This dispute is even more interesting because both the states have BJP government. Not only this, assembly elections are also going to be held in Karnataka next year. Experts believe that the issue of border dispute can prove to be harmful for BJP in Karnataka. Karnataka Chief Minister Basavaraj Bommai recently said that “border dispute is used by all parties in Maharashtra as a political tool.” He also said that the petition of Maharashtra is also not valid as the re-organisation was never reviewed in any of the cases. On the other hand, the leader of Maharashtra has described the statement of the Karnataka CM as “provocative”.

Include these low calorie Chinese dishes in your routine, weight will not increase!

Not only India, the pickles of these countries are also world famous, the taste is such that you will keep licking your fingers

India vs Bangladesh, 2nd ODI Live Score: Team India will try to save the series