South Korean YouTuber Hyojeong Park was molested during live streaming in Mumbai. Taking immediate action, the police arrested both the accused. The Ministry of External Affairs has also reacted to this. 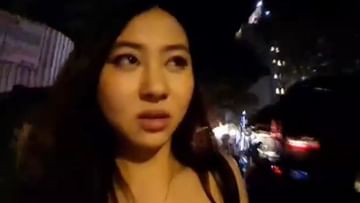 South Korea in Mumbai youtuber hyojeong park with Molestation The incident happened. on this issue foreign Ministry The statement has come. Foreign Ministry spokesperson Arindam Bagchi said during the press briefing today i.e. on December 1 that South Korean YouTuber Hyojeong Park will be given all security from the local authorities. He declined to comment on the matter as he was not aware that South Korean Embassy contacted the concerned ministry or not.

Bagchi said that I would be a little hesitant to comment on this. I am not aware whether the Korean Embassy has contacted us or not. This is still a developing story. I am sure he will be given necessary security by the local authorities. He further said that if it becomes a consular aspect, then the Ministry of External Affairs will be involved in it. If there is any further update on this, we will share with you.

I don’t want this one bad incident to ruin my whole travel and my passion to show wonderful India to other countries: South Korean YouTuber Hyojeong Park, who was harassed in Mumbai while live streaming

Both accused have been arrested and sent to 1-day police custody pic.twitter.com/5zHrnOmmEy

In fact, the video of a young man molesting a park in a street in Mumbai went viral. The incident happened when she was doing live streaming in Khar area. The young man came very close to the park and tried to pull her by holding her hand even when she protested. When the woman started leaving the spot, the same man again appeared on a motorcycle with one of his friends and offered to drop the woman, but the woman declined his offer.

The police later arrested both the accused and they were also sent to one-day police custody. On the incident, Park said that this had happened to me in another country as well but at that time I could not do anything to call the police. Action is being taken very fast in India. I have been in Mumbai for more than 3 weeks and am planning to stay here for longer. I don’t want this one bad incident to ruin my entire journey and my passion to show amazing India to other countries.

Share
Facebook
Twitter
Pinterest
WhatsApp
Previous article
Can an animal be used for the entertainment of people? Supreme Court on Jallikattu
Next article
Vande Bharat Express: Vande Bharat Express once again collided with the animal, the front part got damaged

1 over, 25 runs… The one who was rejected by Babar Azam, stole the chain of Dhoni’s ‘fan’

What was question number 5 in the question hour list of Parliament? Congress will be shocked by Amit Shah’s answer