HomeNational NewsKnow who is the famous Hindi writer Rangeya Raghav, about whom Yogi...
National News

Know who is the famous Hindi writer Rangeya Raghav, about whom Yogi took this big step 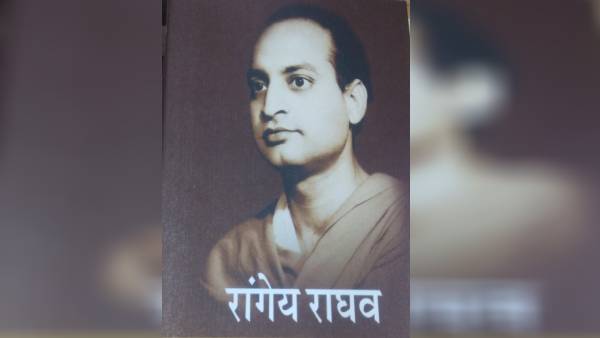 Lucknow, August 06:
Uttar Pradesh Chief Minister Yogi Adityanath had on August 4 announced to set up a research institute in the name of famous Hindi writer Rangeya Raghav at the upcoming Maharaja Suheldev University in Azamgarh. Many meanings are being extracted from this step of Yogi. For the first time, any government has done such an honor to eminent Hindi writer Rangeya Raghav. Yogi’s move has created curiosity in socio-political circles. However, some political analysts are seeing this move of the government by linking it with the politics of the BJP’s south.

Rengeya Raghav has been an eminent writer of Hindi.

Actually Rangeya Raghav is a much awaited Hindi writer who is known for his novels, stories, essays and travelogues written in Hindi. One of his famous novels ‘Kab Tak Pukar’ was turned into a popular TV serial. Pankaj Kapur and Pallavi Joshi gave their performances for Doordarshan in the 1980s. In fact, Raghav died of cancer in 1962 at the young age of 39.

However, there are two reasons behind this step of Yogi. One, he was a Tamilian. He was born on January 17, 1923 in Agra. His original name was Tirumallai Nambakam Veera Raghava Acharya. Second, he did his PhD on the 11th-century saint Guru Gorakhnath, after whom the monastery at Gorakhpur is named. Yogi is the chief priest of this Goraksha Peeth. Raghav’s family was from Tirupati, Andhra Pradesh. Political observers point out that Raghav’s Tamil credentials are very relevant against the backdrop of opposition to the DMK-led Tamil Nadu government.

In April, Union Home Minister Amit Shah had advocated acceptance of Hindi as the second official language in Tamil Nadu instead of English. However, Shah’s statement was strongly opposed by Tamil Nadu CM MK Stalin. He then said that Tamil people still remember the anti-Hindi agitation by late party patriarch M Karunanidhi. He won’t let it happen at all.

“He is one of the finest Hindi writers of his time,” said Professor Ravikant, Associate Professor, Department of Hindi at Lucknow University. He said that Raghav rose above his Tamil background to write some incredible works in Hindi. “By giving him the deserving respect in the Hindi-speaking region, CM Yogi must have given a subtle message to the Tamil Nadu government on the opposition to Hindi,” he said.

Rangeya Raghav was honored with many big awards

Rangeya Raghav received several awards including Hindustan Academy Award, Dalmiya Award, Rajasthan Sahitya Akademi Award and Mahatma Gandhi Award posthumously. The research on Guru Gorakhnath, considered as the founder of Raghav’s ‘Nath sect’, has also been described as very interesting. No one can deny his (Guru Gorakhnath) influence in the eastern UP region. At the same time, his contribution in the social sector should also be seen from a wider perspective. But this does not mean that the aspect of Raghava’s research on Guru Gorakhnath will prevail in a broader sense. Various subjects can be taken.

Also read- LU becomes first university of UP to get NAAC A++ rating, Governor and CM congratulate

Share
Facebook
Twitter
Pinterest
WhatsApp
Previous articlePAK Army Chief now asked for ‘begging’ from Saudi Arabia-UAE, will the card of Muslim-Muslim brother-brother work?
Next articleCWG 2022, DAY 10 LIVE UPDATES: Along with the boxers, these players will be monitored on the last day, know all the latest updates