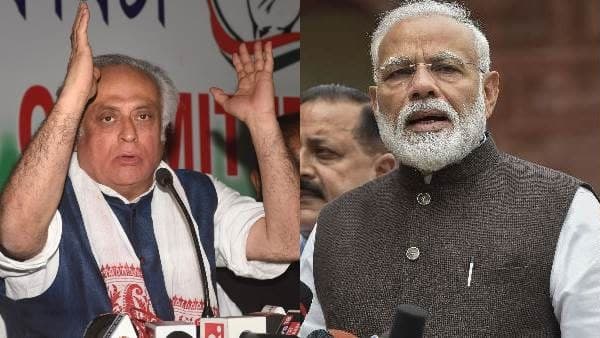 New Delhi, 7th June: Prime Minister Narendra Modi on Monday announced that the corona vaccine will be provided free of cost to all people above the age of 18 years. Reacting to the announcement, the Congress alleged the delay in accepting the opposition’s demand “the people of India had to pay a heavy cost for this delay.” Senior Congress leader Jairam Ramesh tweeted: And imposed a heavy price on the people of India before accepting the demand for free vaccinations for people aged 18-44. Being polite and approachable will not hurt them.”

Delhi Deputy Chief Minister Manish Sisodia claimed that the Supreme Court changed the policy by calling the Centre’s vaccine price policy “irrational” and “arbitrary”. He tweeted, “We would like to thank the Hon’ble Supreme Court. Due to the court’s intervention, all eligible age groups will now get free vaccines. If the Center wanted, it could have been done earlier. Due to the policy of the Center, neither the state” Were able to procure the vaccines and neither was the center providing the vaccines.

Let us tell you that on Monday, while addressing the nation, PM Modi announced that from June 21, the center has completely taken over the vaccination campaign. He said the private sector can supply 25 per cent of the vaccines directly from the manufacturers, and private hospitals can charge only Rs 150 more than the per dose price fixed by the government.

While Jairam Ramesh’s former party colleague, Jyotiraditya Scindia defended the central government’s vaccine policy. Perhaps, those who were demanding the states to take full charge of vaccination should also introspect about the harm done to the people last month.” The vaccination campaign, which started at a brisk pace in January, slowed down in May due to shortage of doses. Fell.

Before accepting the opposition’s demand for centralized procurement and free immunization for 18-44 year olds, the Prime Minister imposed a heavy price on the people of India. Humility and reaching out won’t do him any harm. https://t.co/4rXfhWFvJs

To speed up vaccination, the Center on May 1 launched a campaign for all adults and allowed states and the private sector to buy 50 per cent of the vaccines supplied directly from manufacturers. However, as vaccine manufacturers could not meet the growing demand, the pace of vaccination remained slow.

Navigation was started in India 6000 years ago! Origin of this word from Sanskrit

Unemployment increased in the month of August, 15 lakh people lost their jobs – CMIE

‘No free electricity, want Raghav’, girl’s heart came on Kejriwal’s MLA, got this answer in...

Jasmin Bhasin rules the hearts of fans with a naive style, is doing Ali Goni

Captain will appear again before Kharge committee on June 22, meeting with Sonia is also...

Prime Minister Modi said- the situation in Afghanistan is difficult, the challenges are many