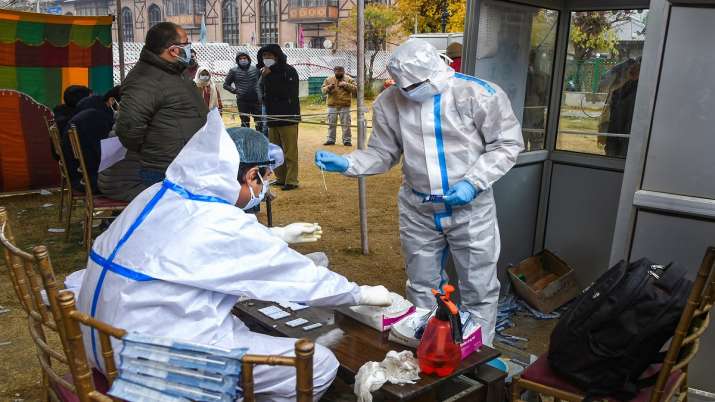 Dharwad. So far 182 students have been found corona infected in SDM Medical Science College and Hospital in Dharwad, Karnataka. On Thursday, 66 medical students were found corona infected here, after which two hostels were sealed. Out of the total 400 students studying in the medical college, about 300 students have been tested for Kovid so far. Officials suspect that the infection may have spread during a student program held about a week ago.

According to local media reports, it is believed that all the students studying in the college have taken both the doses of the corona vaccine. All the students found corona infected are said to be MBBS first year students and they belong to other states. Officials said that as soon as the information related to Corona was received, the college has declared the hostel as a containment zone.

It is being said that the infection spread due to the freshers’ party organized for the first year students in the college. Reports said that the students have mild symptoms and are undergoing treatment at their hostel located on the college campus. The students who are waiting for the covid screening result have been kept in the second block. Today more people of the college are being tested. Meanwhile, the college administration has postponed the physical classes for now.