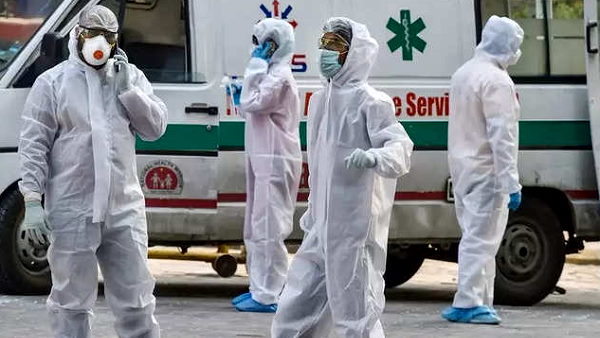 Bangalore, 26 November. The outbreak of Corona epidemic is increasing rapidly in Karnataka once again. In a medical college in the city of Dharwad in northern Karnataka, suddenly the number of corona infected has increased from 60 to 182 after which it has become a cluster of Kovid 19. The medical college has become a COVID-19 cluster after the number of students and staff increased from 66 a day ago to 182 today.

Fresher Party Bunny Super Spreader
Officials informed that most of the infected people at SDM College of Medical Sciences in Dharwad have been vaccinated to prevent coronavirus. Recently a fresher’s party was organized in the medical college campus, after which so many infected cases came to the fore.

new variant of corona is not being investigated
On Thursday, the Kovid test of more than 300 students was done. In which 66 ace positive cases have been reported, who have taken both doses of corona vaccine. Today, on Friday also, corona tests of students and staff are being done. Samples of infected people will be sent for genome sequencing. Officials said that the Covid positive patients with mild or no symptoms are all being treated inside the medical college premises.

Most have taken both doses of the vaccine

Dr Yashwant, District Health Officer, Hubli-Dharwad said that most of these infected have received both doses of the vaccine. All of them were isolated in the premises itself.

Scientists found a new variant of Kovid 19 in South Africa, created a stir

Hostels have been sealed
State health commissioner D Randeep said, “The students were fully vaccinated. We will send some samples for genome sequencing to check whether it is any new variant of the corona. The health commissioner said that A fresher’s party was held in the college on November 17 which became the cause of this corona outbreak. Officials said that the infected have been kept in isolation inside the campus and two hostels have been sealed as a precaution.