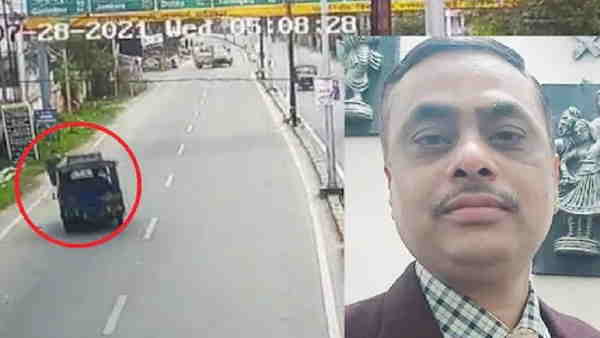 Dhanbad. The High Court has once again expressed displeasure over the CBI investigation into the murder of Judge Uttam Anand in Jharkhand’s Dhanbad district in 2021. During the hearing on Friday, the Jharkhand High Court expressed dissatisfaction over the pace of investigation by the CBI. Along with this, the Narco test report of the accused persons has been sought in the case. Now the next hearing will be on January 21.

During the hearing held on January 8, the CBI informed the court that the judge had also been murdered in an attempt to rob the mobile. However, the CBI had expressed apprehension in this matter. While expressing strong objection to this, Chief Justice Dr. Ravi Ranjan and Justice Sujit Narayan Prasad said that there is nothing new in the CBI investigation.

Apart from this, the court had said that every time a new argument is being made, the investigation is being dragged on. Justice Sujit Narayan Prasad had said that the CBI is anticipating the possibility of mobile robbery. While the incident of robbery is not visible in the CCTV footage. It is clear from the CCTV footage that the judge was deliberately killed.

During the hearing on January 8, the CBI had told the court that the investigation in the case is still going on. They did not get anything in brain mapping and narco test also. Some more investigations have been conducted, the report of which will come by January 10. Based on the investigation report, CBI will submit a fresh report.

The CBI had said that more than 200 people have been questioned so far in this case. Very soon new facts will come out. On this, the court said that there is no doubt on the CBI. Let us inform that during the morning walk on July 28 in the year 2021, Judge Uttam Anand, posted in Dhanbad court, died after being hit by an auto. Earlier, the Jharkhand Police was investigating the judge murder case. Later, on the instructions of the High Court, the investigation of the case was handed over to the CBI.

Shilpa Shetty looks amazing in red color, if you are also looking for something special on Valentine’s Day then this style is the best