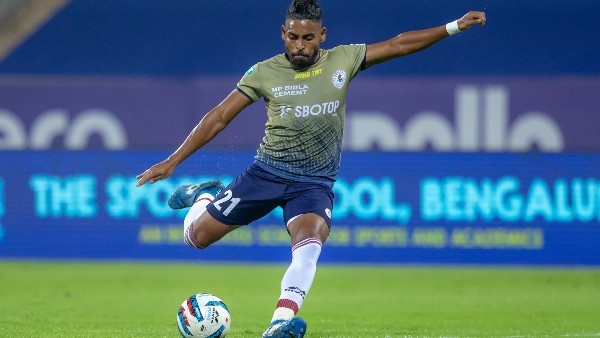 New Delhi. When ATK Mohun Bagan face their arch-rivals Bengaluru FC on Saturday in the 61st match of the Hero Indian Super League, they will have a chance to reach the third position of the ISL 2021-22 points table with a win. Mohun Bagan’s team is currently occupying the fifth position with 15 points from 9 matches, so they would not like to miss the opportunity they got through this match to be played at Pandit Jawaharlal Nehru Stadium in Fatorda. With this win, ATK Mohun Bagan’s team will move closer to the points table toppers Kerala Blasters, who have scored 20 points in the 8th season of ISL from 11 matches so far.

It is noteworthy that all the ISL teams included in the top 4 have played 11 matches so far, so ATK Mohun Bagan have a golden opportunity to beat them. Under the supervision of Spanish coach Juan Ferrado, the Green and Mahrun Brigade have recovered from a poor start to the season. This team is going undefeated for the last five matches and in the last match, they had to play a draw with Hyderabad FC. But Ferrando’s big concern is the unavailability of Hugo Baumous. Baumus received his fourth consecutive yellow card in the previous match and is under suspension for the upcoming match.

Read more: IND vs SA: Kohli’s big record, which has been going on for 8 years, was finally broken, a flurry of records set in Cape Town

Hugo has been instrumental in this season’s attacks on Plantation. He has scored five goals in nine matches this season and has assisted in three. He jointly holds the top spot in terms of scoring the most goals for the club. On the other hand, Bengaluru has also regained form after a poor start. The Blues are also undefeated for the last five matches.

In the last match, Bengaluru beat Mumbai City FC by a huge margin. Prince Ibarra used the opportunities he has had in the last few matches to take the pressure off Clayton Silva on goal-scoring and this will be a reason for coach Marco Pezziuoli to be pleased.

Read more: WTC 2021-23: Virat Senna slips in the points table after the defeat in Cape Town, know what is the condition of the team

The Congo striker has scored four goals this season, three of which were assisted by Roshan Singh Naorem. Roshan himself is also scoring goals this season. Bengaluru are seventh with 13 points from 11 matches and a win will take them to fifth place in the table. The last match played between the two teams ended in a 3-3 draw.