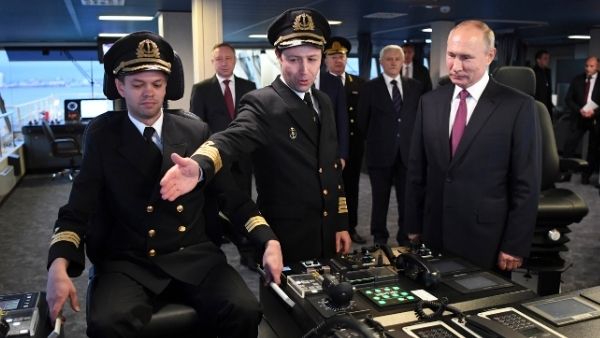 What is ‘false flag’ operation

The US has made a huge allegation that, it has intelligence, that Russia is looking for excuses to attack Ukraine and that Russia is now carrying a ‘false flag’ on its own army from eastern Ukraine to attack Ukraine. Planning the campaign. After which Russian President Vladimir Putin will immediately order an attack on Ukraine. Although the US has not presented any evidence to substantiate its claims, White House Press Secretary Jen Psaki said that such operatives have been trained, who are Russians from inside Ukraine. Can attack soldiers and throw bombs at them, so that the war starts.

A White House spokeswoman said that “Russia is exploring options and basing its options on making excuses for aggression”. Like the White House, it has been said that there will be an attack on the Russian army from eastern Ukraine and then Ukraine will be held responsible for that attack from Russia and then Russia will say that it is taking retaliation. . The White House spokesman said that, “The Russian military had planned to start these activities several weeks before the military offensive, which could start in mid-January to mid-February.” That is, the US says. That, in the next one month, Russia will attack Ukraine on some pretext or the other.

The US said Moscow is using the same playbook as it did in 2014, when Russia annexed Crimea, a part of Ukraine, from Ukraine. At the same time, a Pentagon spokesperson has said that they have a lot of ‘confirmed’ information in this regard. At the same time, Russia has categorically rejected the US claims. Russian government spokesman Dmitry Peskov from the Russian news agency TASS said that the US reports are baseless. Let us tell you that there has also been a huge cyber attack on Ukraine, which has created power and water crisis in Ukraine and the situation in Ukraine has worsened.

US vs Russia on Ukraine

Let us tell you that more than one lakh Russian soldiers are present with heavy weapons on the Ukrainian border for the last 3 months and it is feared that Russian soldiers can attack Ukraine anytime. At the same time, it is also believed that America’s allegations can clearly be to prevent any possible attack by Russia on Ukraine, under which many intelligence information has been exchanged. At the same time, regarding the cyber attack on Ukraine, Ukrainian Foreign Ministry spokesman Oleg Nikolaenko told the news agency Associated Press that, it is too early to say who is behind the cyber attack on Ukraine.

At the same time, military talks between Russia and NATO have also failed, after which relations between Russia and America have become more tense and a retired US military officer has also threatened to attack Russia. . Whereas, Russia categorically says that the arrival of NATO forces in Ukraine and the arrival of NATO forces on the eastern side is unacceptable and Russia will not reduce tensions until NATO expands its territory in the eastern region. does not stop. Russia says that the US-led military organization NATO is working on a strategy to encircle Russia like the Cold War and Russia will not allow it to succeed. Russia’s Deputy Foreign Minister has clearly said that NATO’s behavior is dangerous for Russia and Russia is preparing for its defense.

The Ukrainian army has been fighting with Russia on two fronts for the last 7 years. In the same way, more than one lakh Russian soldiers are present on the border of Ukraine, while on one border the pro-Russian rebels are also plaguing Ukraine. Let us tell you that so far more than 14 thousand people have been killed in the conflict between Ukraine and pro-Russian separatists, in which, according to the United Nations, 3 thousand 393 civilians have died. Meanwhile, there is another border issue for Ukraine. Thousands of migrants who have been trying to move from Belarus to the European Union for months have also become a problem for Ukraine. Ukraine has warned the large-scale gathering of migrants in Beleroon not to enter its territory, saying that they will not be allowed to enter Ukraine under any circumstances.

What is the dispute over Crimea?

The eastern part of Ukraine is called Crimea and was part of Ukraine. But in 2014 Russia annexed Crimea. During this conflict, more than 14 thousand people were killed, in which a large number of people were residents of Ukraine. Along with this, Russia still has more than 28 thousand armed forces deployed in Crimea. These people are separatists, who support Russia and have the support of Russia. These separatists are known as Donbass. These people declared an armed rebellion against the Ukrainian government in 2015 and their fight is still going on.