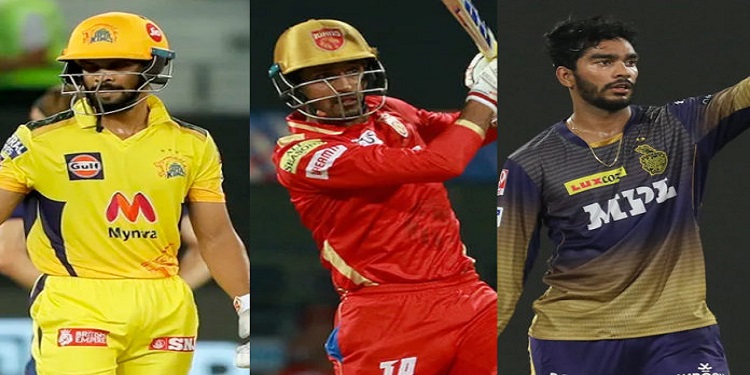 IPL 2022 Auction-Syed Mushtaq Ali Trophy-IPL 2022: With the Syed Mushtaq Ali Trophy coming to an end, all eyes are now on the IPL auction. Some of the IPL players have done well in the Mushtaq Ali Trophy 2021. In such a situation, he has presented his claim for the 15th season of IPL. Other players including Rituraj Gaikwad, Deepak Hooda, Jaydev Unadkat, Karun Nair, Venkatesh Iyer, Sanju Samson, Vijay Shankar are included in this. IPL auction 2022 is likely to be held in January and BCCI has added two new teams Ahmedabad and Lucknow in this year’s IPL. Keep reading for the latest sports news at hindi.insidesport.in

IPL 2022 Auction-Syed Mushtaq Ali Trophy-IPL 2022: Ahead of the mega auction, let’s take a look at 10 players who have performed brilliantly in the trophy.

Rituraj, who performed brilliantly in the 14th season of IPL (Ruturaj Gaikwad) returned to domestic cricket for the Syed Mushtaq Ali Trophy. Playing for Chennai in IPL 2021, Gadakwad scored the most runs in the league with 635 runs in 16 matches. At the same time, Rituraj in Syed Mushtaq Ali Trophy (Ruturaj Gaikwad) This performance continued. He scored 259 runs in 5 matches with three consecutive half-centuries. As the captain of Maharashtra, he led his team to the pre-quarterfinals. However, he had to leave the tournament midway. He was included in the squad for the three-match T20I series between India and New Zealand. But he did not get to play a single match in this series. There is a strong possibility that Chennai will retain him for IPL 2015.

Deepak Hooda
Deepak Hooda did not do any special performance in IPL this year. After this he returned to domestic cricket with the Syed Mushtaq Ali Trophy. During this he was able to regain his lost form. Deepak Hooda performed brilliantly in the group stage playing for Rajasthan in the Mushtaq Ali Trophy. He scored a total of 294 runs in 6 matches with 4 fifties. Hood’s performance helped Rajasthan reach the quarter-finals. In the IPL 2022 auction, Hooda will hope that Punjab King has faith in him or the highest bidding franchise will buy him.

Ajinkya Rahane
Ajinkya Rahane got a chance to play in only two matches in the IPL this year, in which he scored 8 runs for Delhi. Rahane, 32, made a stellar return to domestic cricket for the Syed Mushtaq Ali Trophy. Rahane scored 286 runs in 5 matches including four half-centuries. The Mumbai batsman is currently with the Indian team for the Test series against New Zealand. Ajinkya Rahane Mushtaq Ali is the third highest run-scorer in 2021. Ajinkya Rahane may not be retained by Delhi in the IPL 2022 auction but with two new franchises joining in, he can expect a high bid for himself.

Karun Nair
Karun Nair has performed brilliantly in the Syed Mushtaq Ali Trophy this year. He did not get a chance to play for Punjab Kings in this IPL season. Karun Nair scored 241 runs in 7 matches including two half-centuries for Karnataka. Karun Nair may not be retained with the 2022 IPL auction to be held in January, but a fair bid will be expected for him.

Ruturaj Gaikwad-Vijay Shankar: Also read: IND vs NZ Test series Records: These records can be made in India New Zealand series, Ravichandran Ashwin and Ajinkya Rahane have a chance to create history

Sanju Samson
Sanju Samson had a great performance in this year’s IPL by scoring 484 runs in 14 matches. The Kerala batsman continued his performances after returning to domestic cricket for the Syed Mushtaq Ali Trophy. In Mushtaq Ali 2021, Sanju scored 227 runs from 7 matches including three half-centuries. Samson had led his team to the quarter-finals this year. In IPL Auction 2022, Sanju Samson is expected to be picked by other franchises due to his stellar performances in IPL and domestic cricket.

IPL 2022 Auction- Venkatesh Iyer
Venkatesh Iyer has been one of the star performers in this season’s IPL. In his IPL debut, this player from Madhya Pradesh did well and scored 370 runs in 10 matches. Venkatesh Iyer scored 155 runs in 5 matches including a half-century in SMAT 2021 after returning to domestic cricket for the Syed Mushtaq Ali Trophy. Iyer was included in the Indian team for the T20 series against New Zealand. With IPL Auction 2022, Venkatesh Iyer may be retained by Kolkata Knight Riders for IPL 2022.

IPL 2022 Auction- Avesh Khan
Avesh Khan’s performance in this season of Syed Mushtaq Ali Trophy was excellent. In SMAT 2021, 24-year-old Avesh took 9 wickets in 5 matches for Madhya Pradesh. In IPL 2021, Avesh made headlines with his impressive performance taking 24 wickets in 16 matches. With his performance in the IPL, Avesh Khan was included in the Indian squad for the T20I series against New Zealand. Delhi may retain Avesh Khan in IPL auction 2022.