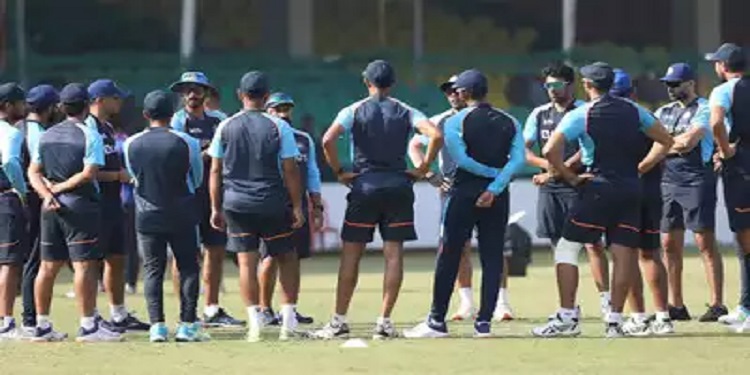 New variants of Corona have started wreaking havoc in South Africa. After New Zealand’s tour of India, the Indian team has to go on a tour of South Africa next month. Where 3 Tests, 3 ODIs and 4 T20 matches are to be played between both the teams. The new variant of Corona has increased the concern of the players. In such a situation, a change in the quarantine rules can be seen on the tour. Or is this tour itself in danger. Keep reading for the latest sports news Hindi.InsideSport.IN

All matches between India and South Africa are to be played in Johannesburg, Centurion (Pretoria), Cape Town and Pearl. The first Test match will be played from 17 December and the last T20 match will be on 25 January 2022. After getting a new variant of Kovid in the country, the South African government has implemented a high alert. In such a situation, corona examination of passengers coming from outside is being done.

In view of the knock of the new variant of Corona in South Africa, the upcoming tour of the Indian team is also seen in danger. The UK government then banned flights from South Africa and five other southern African countries. Cases are on the rise in the northern part of the country and at least two Test series sites Johannesburg and Pretoria (closer to Centurion) may be vulnerable to this redesign.

The team will leave on 8-9 December
A senior BCCI official told the news agency on Friday that until we get to know about the conditions there from Cricket South Africa, we will not be able to tell about the tour. According to the current plan, the Indian team is to leave after the end of the New Zealand series in Mumbai either on December 8 or 9.

The atmosphere of fear with the new variant
The official said that the BCCI will talk to Cricket South Africa in the next few days to find out the new variant B 1.1.529. This new variant has again brought fear across the world. Scientists believe that the high number of spike mutations may make the new variant more resistant to the vaccine.

India A team in South Africa
India’s A team has already reached South Africa before the senior team. Where South Africa A has to play three four-day warm-up matches. Its first test is being played right now. The play of the fourth day of the Test match could not start due to rain. PTI contacted the administrative official in Bloemfontein along with the India A team.

He said, we did not have to go through strict quarantine when we reached here as we had come by chartered aircraft and were living in a bio bubble. Cricket South Africa’s medical team held a meeting with our representatives here after the new cases were detected. “We have been told there is nothing to worry about as the area where the cases have been found is far away from Bloemfontein where we have to play our next two matches as well,” the official said over the phone.

Ashes Series 2021-22: Australia’s new Tests ahead of the Ashes series