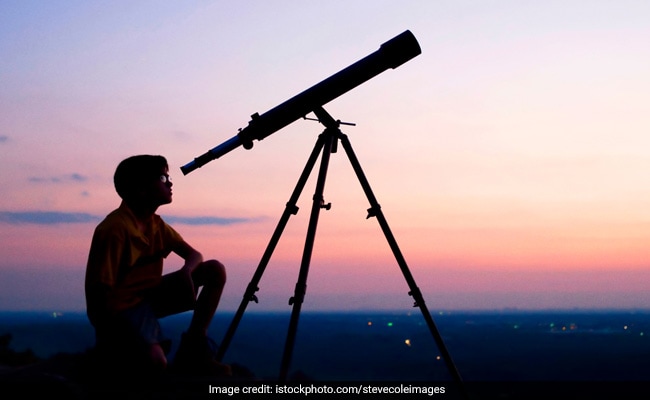 Indian astronomers have made two important discoveries, making a big achievement. They have discovered an exoplanet 1.4 times larger than the planet Jupiter and even a hotter, rarer class of radio stars than the Sun. The first discovery was made by the Physical Research Laboratory (PRL) of Ahmedabad. The team has recently discovered an exoplanet that is about 1.4 times the size of Jupiter, which is orbiting a very old star. It is 1.5 times larger than our Sun and is located 725 light years away. The new exoplanet, called TOI 1789b, was discovered by Professor Abhijit Chakraborty and his team using the Advanced Radical Velotic Abu Sky Search (PARAS) optical fiber fedspectragraph, a first of its kind in India. This 1.2 meter telescope of PRL is in its Mount Abu Observatory.

The mass of the exoplanet is found to be about 70 percent of the planet Jupiter, while its size is 1.4 times more than that of the planet Jupiter. Researchers made this discovery by using PARAS, which is capable of measuring the mass of exoplanets. Measurement i.e. measurements were taken between December 2020 and March 2021. TOI 1789b completes its orbit around the Sun in just 3.2 days. The second discovery was made by a group of astronomers based near Pune, using the Large Meterwave Radio Telescope (GMRT), in the Rare Series Man-Sequence Radio Pulse or MRP emitters. Eight stars have been discovered. Leading research institute NCRA gave this information on Friday. A group of scientists led by astronomers from the National Center for Radio Astrophysics (NCRA) in Pune discovered a rare class of radio stars that are hotter than the Sun with unusually powerful magnetic fields. NCRA has told in a press release that this team has already discovered three such stars using GMRT. According to the release, a total of 15 such MRPs have been detected so far, out of which 11 have been traced with the help of GMRT. Of these, eight have been discovered only in 2021.

The higher bandwidth and higher sensitivity of the upgraded GMRT have been instrumental in this, the release said. “These findings result from an ongoing survey with the GMRT. The survey was started specifically to solve the mystery of MRP. ”The institute said that MRPs are hotter stars than the Sun. Due to the strong magnetic field and stronger stellar wind, they emit radio vibrations that glow like a beam of light. (also input from language)