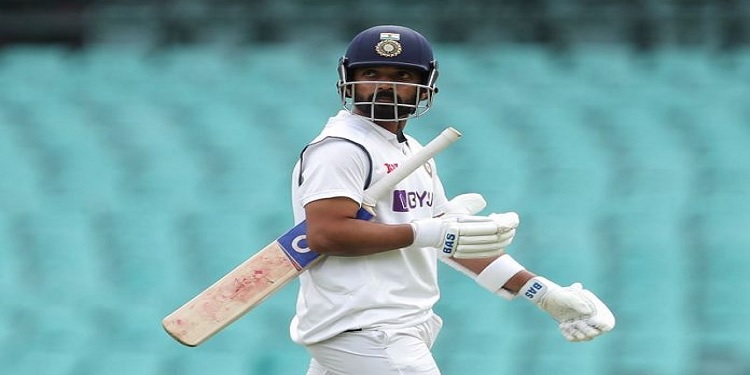 IND vs NZ Live-Team India-IND vs NZ: The first match of the two-Test series between India and New Zealand (IND vs NZ 1st Test) is being played at the Green Park Stadium in Kanpur from Thursday. India captain Ajinkya Rahane could not do much for the first Test in Kohli’s absence. He returned to the pavilion after scoring 35 off 63 balls. At the same time, Cheteshwar Pujar, the senior player of the team, also failed. He scored 26 runs in 88 balls. Keep reading for the latest sports news Hindi.InsideSport.IN

Difficult to save place in team
IND vs NZ 1st Test-Ajinkya Rahane: Questions are being raised on Rahane and Pujara with such performances at home. If he doesn’t do well soon, he will find it difficult to defend his place in the Indian team. At the same time, Shreyas Iyer, playing his first Test match, has scored a half-century in the middle order. Iyer was included in the team as a backup. But he has impressed everyone with his performance in the very first match.

Struggling with poor form
IND vs NZ Live-Team India-IND vs NZ: Rahane’s poor performance has continued unabated since his scintillating century in the Boxing Day Test in Melbourne in 2020. Since then his average has been steadily declining, along with his confidence. He started his innings well on the first day of the Kanpur Test on Thursday. In this innings, he also hit 6 fours against Kiwi spinners. But a ball from Kyle Jamieson sent him to the pavilion.

failed to perform well
IND vs NZ Live-Team India-IND vs NZ: Many senior players of the Indian team are not playing in the test match against New Zealand. Where Virat Kohli will join the team from the second Test. While Rohit Sharma, KL Rahul, Rishabh Pant, Jasprit Bumrah, Mohammed Shami and Shardul Thakur have been rested. In such a situation, the responsibility of Ajinkya Rahane and Cheteshwar Pujara increases. But on the very first day of the first Test, both the players failed to perform well.

Rahane’s form a matter of concern
IND vs NZ 1st Test-Ajinkya Rahane: Since his last century, Ajinkya Rahane has scored runs in 12 matches at an average of 20.35, with just two half-centuries. He had scored his last fifty at Lord’s in England. But he could not do much in the entire series. Rahane’s form is a matter of concern for India. A few days later, India has to go on a tour of South Africa. In such a situation, Rahane has a chance to improve his performance in the Test match against New Zealand.

Young players can get a chance
IND vs NZ 1st Test-Ajinkya Rahane: Shreyas Iyer and Suryakumar Yadav have been included in the Indian squad for the Test series against New Zealand. In the first match, Iyer performed brilliantly by debuting. In such a situation, with the good performance of these players, Rahane’s place can be in danger. If Rahane doesn’t get back in form soon, he could be dropped from the Test team as well. In their place, young players can be given a chance.