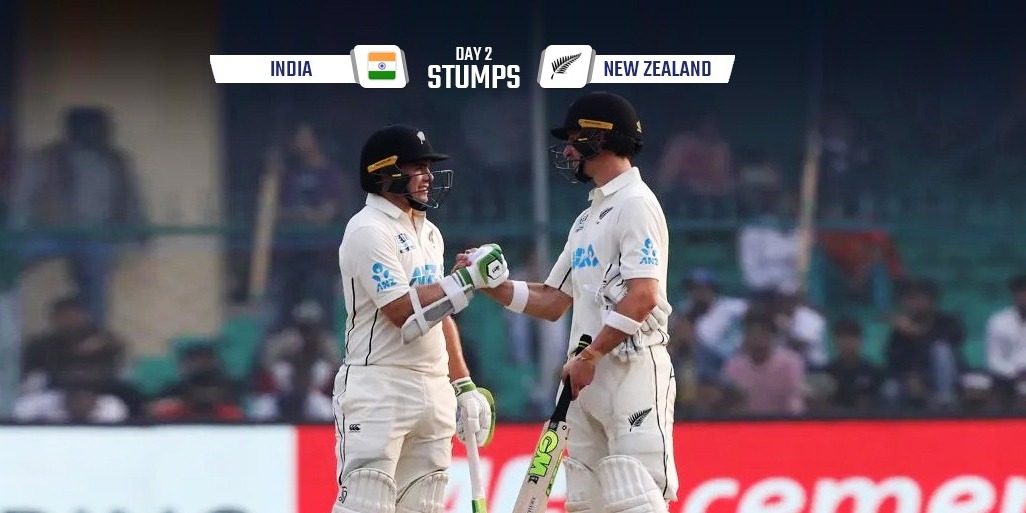 IND vs NZ 1st Test (IND vs NZ 1st Test Day 2)-India vs New Zealand Test series: The first match of the two-Test series between India and New Zealand is being played in Kanpur from Thursday (November 25). At the end of the second day’s play on Friday, New Zealand have scored 129 runs for no loss. Will Young is unbeaten on 75 off 180 balls and Tom Latham is unbeaten on 50 off 165 balls. The Indian team scored 345 runs in the first innings. Team India is still 216 runs ahead. Keep reading for the latest sports news English.InsideSport.IN

The latest addition into the Centuries on debut for India club – @ShreyasIyer15 #TeamIndia #INDvNZ @paytm pic.twitter.com/r9yl1kFjQa

IND vs NZ: When the umpire had to take the spider for the camera