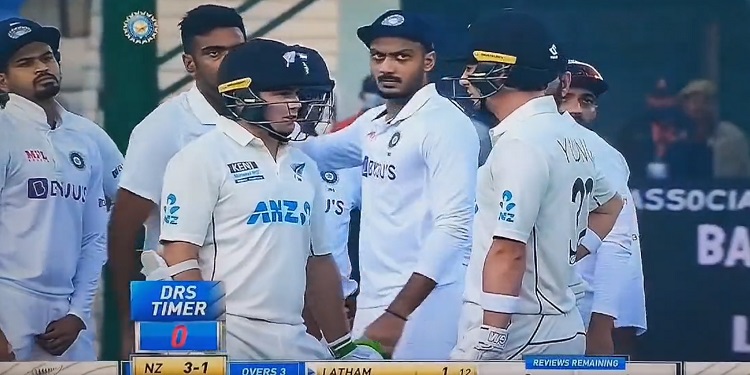 IND vs NZ-will young LBW: The first match of the two-Test series (IND vs NZ 1st Test) is being played between India and New Zealand in Kanpur. By the end of the fourth day’s play, New Zealand scored 4 runs in their second innings for the loss of 1 wicket. Ravichandran Ashwin got the first success for India. He made Will Young lbw on the score of 2 runs. The umpiring of the match is already in the news. So far 9 wrong decisions have been given in this match. Keep reading for the latest sports news Hindi.InsideSport.IN

IND vs NZ 1st Test- Ravichandran Ashwin-will young: Ashwin appealed for lbw on the last ball of the third over of New Zealand’s innings. The umpire declared Will out. Will Young disagreed with this LBW decision and wanted to take DRS. But as soon as he was about to take the review, the time ran out. However, even after the time was over, the umpire had agreed to the DRS. But then Indian players started opposing it.

IND vs NZ-will young LBW: First bowler Ravichandran Ashwin pointed out that the time is over, so DRS cannot be taken. At the same time, Indian head coach Rahul Dravid sitting in the dressing room also appeared against it. Will Young could not take the review and had to return to the pavilion disappointed. While he was not out. Ashwin’s ball was missing the stump. 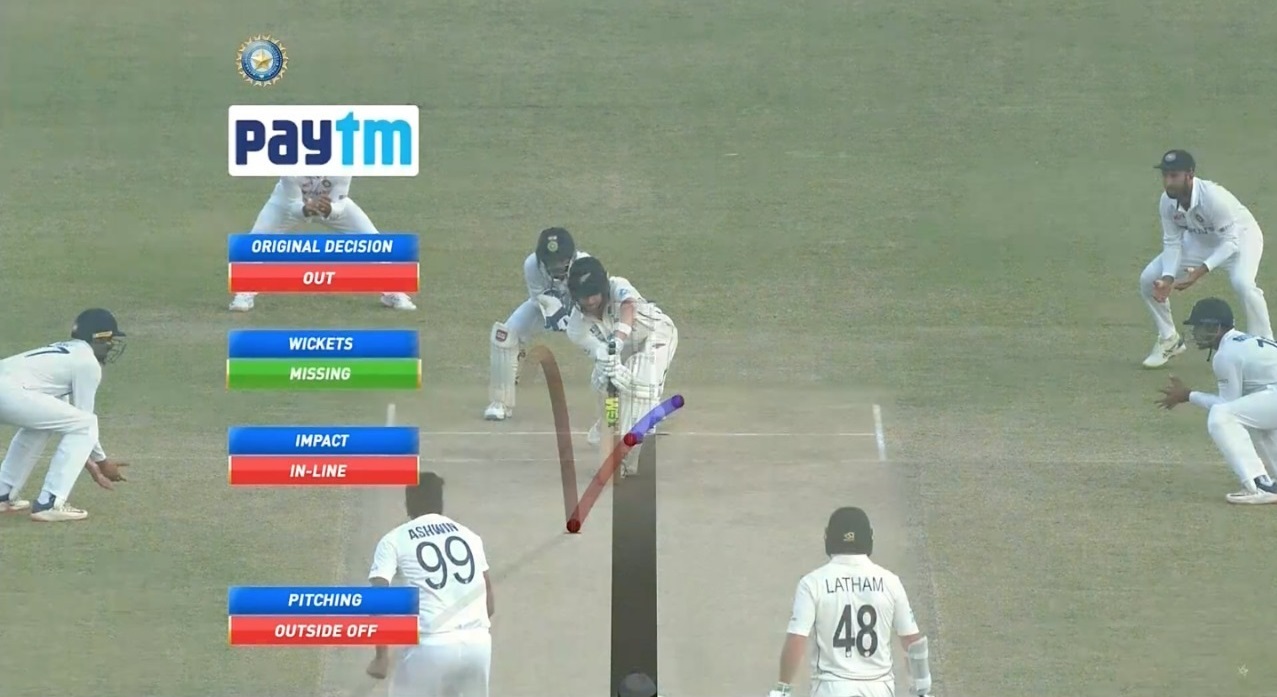 condition of competition
IND vs NZ 1st Test- Ravichandran Ashwin-will young: On the fourth day of the match on Sunday, the Indian team has tightened its grip on New Zealand. India scored 345 and New Zealand 296 in the first innings. Team India declared their second innings on 234 runs. He got a total lead of 283 runs in the second innings. In this way New Zealand got the target of 284 runs. The Kiwis lost their opener Will Young by the end of the fourth day’s play. New Zealand’s score is 4 runs for one wicket.

Also read: IND vs NZ: Shreyas Iyer creates history; 88 years old record broken in debut test, but could not get ahead of Rohit Sharma and Shikhar Dhawan

West Indies tour of India: Kuldeep Yadav will return to the Indian team, Ravi Bishnoi may get a chance in T20 series