IND vs AUS: Virat Kohli ‘hit’ in Mohali, Rohit Sharma is ‘flop’, know who has scored how many runs 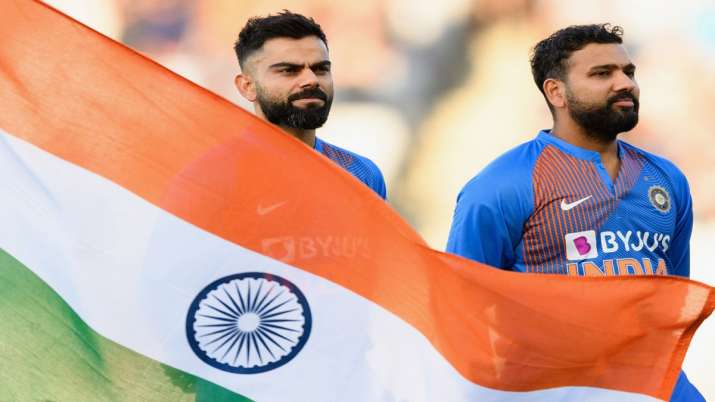 IND vs AUS: The team of India and Australia is ready to do two hands each before the T20 World Cup. The first match of the three-match T20 series will be played between the two teams on Tuesday (September 20). The match will be played at the famous Punjab Cricket Association (PCA) Stadium in Mohali. This stadium will host a T20I match after three years. Earlier, only five T20 Internationals have been held here. The last time the match was played between India and South Africa, which was won by the Indian team by seven wickets. This stadium in Mohali has been helpful for batting. In such Let us know which batsman has scored the most runs in this stadium.

Virat Kohli’s bat runs a lot in the PCA stadium and he has always been scoring runs here. Virat has played two matches here so far and during this he has scored 154 runs at a strike rate of 149.51. The biggest thing is that Virat has not been out even once here and has scored half-centuries in both the innings. Virat has hit 14 fours and five sixes here. Virat is the highest run scorer in T20 at this ground.

Most runs in Mohali

Apart from Virat, Yuvraj Singh also liked this ground a lot. The former Indian batsman scored 81 runs in the two matches he played here at an average of 81 and a strike rate of 188.37. New Zealand opener Martin Guptill is in third place in terms of scoring the most runs. He scored 80 runs in one match playing. Pakistan’s Sharjeel Khan is in fourth place with 77 runs in two matches. Whereas former explosive opener Virender Sehwag scored 64 runs in a match and he is in fifth place in terms of most runs.

Performance of current players of both the teams in Mohali

From the point of view of both the teams, Virat is in the first place with 154 runs, while Steve Smith is in second place with 63 runs in two matches. After this, Glenn Maxwell (61), Aaron Finch (58) and then Rohit (24) are in third, fourth and fifth place respectively.