In 9 years, Rahul Gandhi wrote 12 times – accept defeat, will improve; After all, what is the merger of Congress? 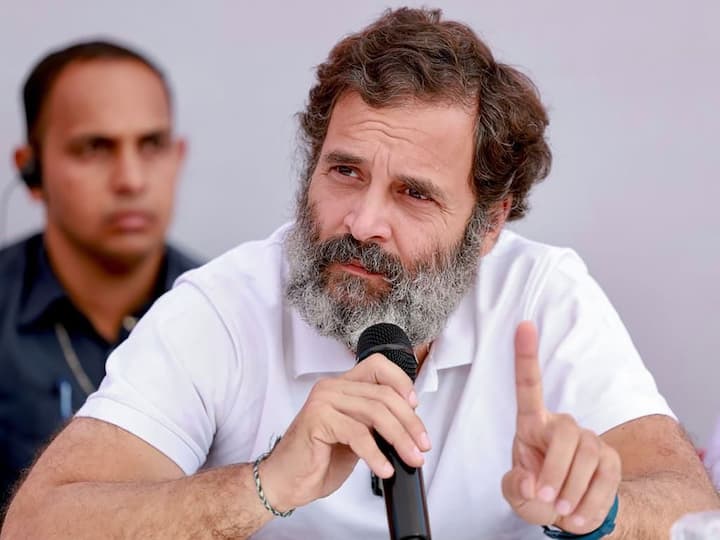 A tweet of Rahul Gandhi is in discussion after the crushing defeat of the Congress in the Gujarat elections. Rahul wrote – I am humbly accepting the defeat and will further improve the organization and fight for the people. This is not the first time that Rahul is talking about accepting defeat and reforming the party.

From 2013 till now i.e. in a total of 9 years, Rahul Gandhi has tweeted 12 times and talked about accepting defeat and reforming the Congress. In these 9 years, Congress has lost assembly elections in about 40 states including two Lok Sabha.

After the defeat in which elections did Rahul tweet….

1. Gujarat Election 2022- In Gujarat with 182 seats, the Congress won only 17 seats. Accepting defeat, Rahul talked about continuing the fight. Congress is out here for 27 years.

2. UP, Punjab and Goa Elections 2022- In the beginning of this year, Congress lost badly in the elections of 5 states including UP-Punjab. Rahul accepted the defeat and asked to strengthen the organization.

3. Bengal and Assam Elections 2021Congress was expected to return in Assam, but lost. Accepting defeat, Rahul had tweeted and called for a fresh fight.

4. Loksabha Election 2019- In the general elections, the Congress was again defeated. Rahul Gandhi himself lost the election from Amethi. After the defeat, Rahul tweeted about improving the organization. 5. Meghalaya, Tripura and Nagaland 2018- To win these three states of the North-East, the Congress had given all its strength, but did not get success. Even after this, Rahul tweeted about the reform.

6. UP, Goa and Uttarakhand 2017- Despite entering the electoral fray with the SP alliance in UP, the Congress had to face defeat. On the other hand, the government had to be lost in Uttarakhand. Rahul had tweeted after the results of these states.

7. Gujarat and Himachal 2017- After losing a close contest in Gujarat and losing the government in Himachal, Rahul had tweeted about reforming the organization and accepting defeat.

8. Bengal and Assam 2016- The Congress got a crushing defeat in the Assam elections. Even in Bengal, Congress could not win against Mamta. Rahul had tweeted to accept defeat. 9. Delhi Election 2015- In the 2015 Delhi Assembly elections, the Congress was swept clean. Rahul talked about making the Congress stand firmly again in Delhi.

11. Loksabha Election 2014- The Congress party became completely clean in the Modi wave. After the result came, Rahul said – Congress has done very bad. There is a lot to think about. I am responsible for this as Vice President.

12. Rajasthan, MP and Delhi 2013- Before Lok Sabha 2014, Congress lost badly in the elections of 5 states. After the defeat in Delhi, Rahul talked about learning from the Aam Aadmi Party.

What is merge after all?
Several attempts were made to revive the Congress, which was continuously losing elections, but all remained inconclusive. After the defeat in 2019, a committee was formed under the chairmanship of senior leader AK Antony. The committee had considered 3 main reasons responsible for the defeat in the report.

Talk of change in thinking, but nothing changed
After losing in 5 states including UP, Congress leaders meditated for 3 days in May 2022 in Udaipur, Rajasthan. Many proposals including One Post-One Person Formula were passed in the camp. However, Congress President Mallikarjun Kharge has not followed this formula till now. Kharge is the Congress President as well as the Leader of the Opposition in the Rajya Sabha.

Delay in promotion of 34 women army officers, Supreme Court said – we will get justice