In the Central University of Hyderabad, a foreign student has accused a professor of trying to physically exploit her, after which students in the university have created a ruckus and are demanding action against the professor. Students studying in the university say that Thailand’s […] 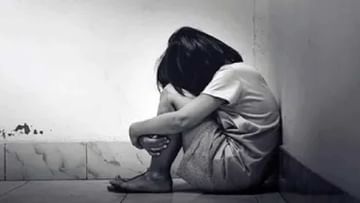 In the Central University of Hyderabad, a foreign student has accused a professor of trying to physically exploit her, after which students in the university have created a ruckus and are demanding action against the professor. Students studying in the university say that a student from Thailand has alleged that a professor of the Hindi department tried to physically exploit her in the name of teaching her Hindi.

The students allege that the professor tried to touch various parts of the girl’s body. When he objected, the professor even slapped him and tried to force him. After this matter came out, the protest of the students has started. There is an atmosphere of tension in the university campus. A case has been registered against the professor at Gachibowli police station regarding this incident.

Allegations of molestation on SKUAST program coordinator in Kashmir

At the same time, after a protest by the students of Sher-i-Kashmir University of Agricultural Sciences and Technology (SKUAST) in Sopore, North Kashmir, the accused in a case of molestation has been arrested and he has been removed from his post with immediate effect. removed from. SKUAST officials said that a girl student (name unnamed) had complained of molestation against a RAWE program coordinator on Thursday. The Dean of SKUAST said, “Investigation has been initiated into a very serious complaint of sexual harassment filed by a girl student against the coordinator.” According to police sources, meanwhile the accused professor has been arrested.

This week, the Mumbai Police arrested two men for allegedly molesting and stalking a female YouTuber from South Korea on a street. The video of the incident was uploaded on social media on Wednesday, in which a youth is seen molesting a woman in Khar area of ​​Mumbai. The police custody of both the accused was extended till December 5. The court sent him to one-day police custody. After this, on Friday, the accused were produced before the court of the Metropolitan Magistrate (Metropolitan Magistrate) of Branda. Both the accused were booked under section 354 (assault or use of criminal force with intent to outrage the modesty of a woman) of the Indian Penal Code. Case has been registered under.

Bike riders had dragged the woman towards them

It is seen in the video that the young man came very close to the woman and despite her protesting, tried to pull the woman towards him by holding her hand. When the woman started leaving the spot, the same man came again on a motorcycle along with a friend and offered to drop the woman to her destination. The woman declined his offer in broken English.

Odisha News: One and a half year old child drank diesel kept in a bottle thinking it to be water, died