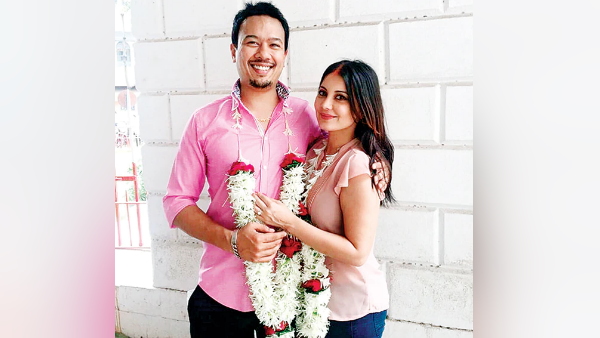 Let us tell you that Minissha Lamba had officially decided to separate from Ryan in January 2020. Minissha Lamba, who was a contestant of Bigg Boss Season 8, has given her opinion on divorce after a year of separation from her husband. He said that if any relationship turns poisonous, then it is good to get out of it. When Minissha Lamba was asked if it was difficult to divorce her husband, the actress said that everyone has a right to be happy and live.

He further said, ‘Divorce is seen in a very wrong way in our society, although now women are independent. He is able to raise his voice and express his views freely. The actress said, earlier women used to have the responsibility of maintaining a relationship, not only that, they had to make all kinds of sacrifices for the relationship, but now women have understood that if they are not happy in a relationship, then they should get out of it. .

Relationship or marriage is not your life

Emphasizing on self-love, actress Minissha Lamba said, “Divorce is never easy but when the relationship itself becomes toxic then it is good to leave it.” Relationship or marriage can be an important part of your life but it cannot be your whole life. Unfortunately, women are identified in society by their relationships and marital status. However now things have changed.

Married to Ryan Tham after dating for 2 years

The actress also said that now there is no bitterness in her mind about divorce, marriage and love. Let us tell you that actress Minissha Lamba married entrepreneur Ryan Tham in the year 2015 after dating for almost 2 years. Minissha Lamba and Ryan Tham reportedly started living separately in October 2018. Talking about Minissha Lamba’s film career, she includes films like Yahaan, Kidnap, Dus Kahaniyan, Bhoomi, Anthony Kaun Hai and Shaurya and Punjabi films like Heer and Hero and Double The Trouble.

Has Twitter really lost its legal shield in India?

Covid-19 Vaccine: Should Your Child Have The Corona Vaccine Dose? Know the whole thing