Recently, Bigg Boss 13 fame Himanshi Khurana has accepted herself to be battling depression. But the reason he has given behind this will definitely surprise you. 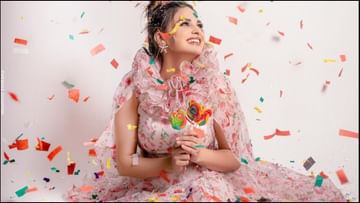 Stress, tension and depression have become a part of the lifestyle. The reason for this is our bad eating habits as well as lifestyle. Not only common people but also stars are suffering from depression. in the year 2022 Hollywood including Bollywood Many of the stars spoke openly about their health problems. Recently, Bigg Boss 13 fame Himanshi Khurana has accepted herself to be battling depression. But the reason he has given behind this will definitely surprise you. Himanshi Khurana has told Bigg Boss house the reason for depression.

Himanshi Khurana has also accepted that she used to get panic attacks many times. During a famous chat show, she told that when she went to Bigg Boss house, everyone thought that it would be life changing for her, but it was not true. Himanshi further told that she went into depression due to negativity in Bigg Boss house.

Keep distance from TV and gadgets

At present, the trend of watching TV till late night has increased in our homes. Not only this, most of us are spending time on gadgets. According to health experts, our sleep is greatly affected by this. This is the reason why experts advise people to do yoga. Along with this, it is advised to stay away from TV and other gadgets. Himanshi further says that she tolerated this condition for about two years. Not only mental health, Himanshi Khurana also had to face heart related problems.

Himanshi Khurana told that reality show His experience of working in I was not good. He also had to face heart problems. According to doctors, we should avoid eating more oily and sodium rich food. Apart from this, only fresh fruits and vegetables should be eaten. If you have any heart problem, then do workouts only after consulting the doctor.

230 Muslims contested in Gujarat, only one won

‘Election is not for the victory of power but…’, who said what on exit polls