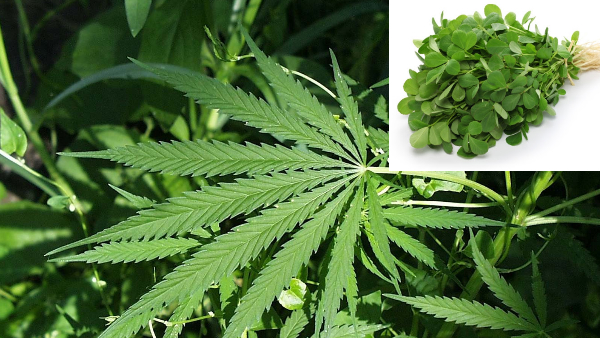 Revealed during research in the laboratory

Scientists say that, the most interesting thing is that both these compounds found inside hemp and hemp, directly eliminate the spike protein of the corona virus. Let us tell you that, with the help of spike protein, the virus goes inside the body and after reaching the lungs, makes its copy very fast and if the spike protein is weakened, then it will not be able to copy in the lungs and the virus It will remain ineffective.

Research also on the effect on Delta variants

Researchers have tested the effect of these two compounds found in cannabis and hemp on alpha and beta variants of the corona virus in the laboratory. However, research has not been done so far, that what effect the corona virus shows on people who consume cannabis and ganja and what is the comparison between those who do not consume cannabis and ganja. Let us tell you that hemp contains fiber and is the main source of animal feed and the extracts present in it are commonly used in making cosmetics, body lotions. Research has shown that this compound found in hemp and hemp is equally effective against alpha and delta variants.

Omicron is too weak

According to the report of British newspaper Mail Online, in January last year, when the delta variant was spread, at that time one patient was dying out of every 33 Kovid positive patients, but now one in 670 Kovid positive patients died. And experts believe that, this figure will be even lower and the death rate from Kovid will be similar to that of seasonal influenza and it has a mortality ratio of 0.1, that is, one death in a thousand patients. Therefore, scientists say that now there is no need to be afraid of Kovid, only need to be careful.

Are the bad days of the pandemic over?

Gideon Meyerowitz-Katz, an epidemiologist at the University of Wollongong in Australia, told Mail Online that his ‘best guess’ was that people taking the triple-dose vaccine have the same risk of getting Omicron as the flu. But the scientists, based on estimates, said that the worst days of the epidemic are over and Britain should now restore normalcy in the country. Professor Robert Dingwall, a former member of the JCVI and an expert in sociology at Nottingham Trent University, told MailOnline that it will certainly take a few more days for the final Omicron mortality data to come out, but the conclusion is that it is very low. is fatal and ‘we are asking if we can take reasonable steps in taking any measures that we will not bring in for a bad flu season’.