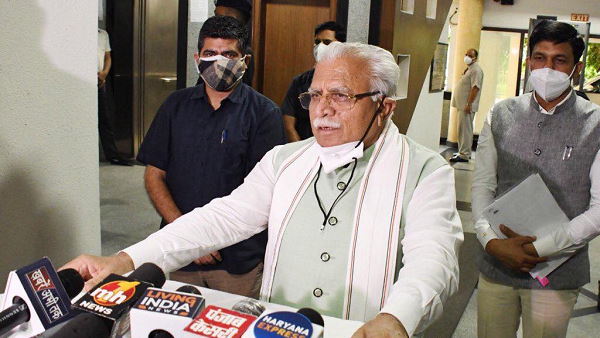 Sanskrit scholars will also be able to travel for free
The government has now allowed scholars who have received various awards in Sanskrit language to travel free of cost in the state. In this regard, the Public Relations and Information Department said that the government has also decided to provide free travel facility to the scholars who have received various awards in Sanskrit language in Haryana Roadways buses. Haryana Chief Minister Manohar Lal himself has given approval for this. At the same time, Dr. Dinesh Shastri, Director, Haryana Sanskrit Academy informed that the State Government has taken many steps towards the development of Sanskrit language. Apart from the formation of Sanskrit Board, Sanskrit University has been established in the State Government Sanskrit Colleges.

The government will give two and a half thousand rupees to the children who are orphaned by Corona. Month will also get the girls married

The Chief Minister of the state, through Haryana Sanskrit Academy, awarded Guru Virjanand Acharya Samman, Vidyamartand P. Sitaram Shastri Samman, Pt. Yudhishthira Mimansak Acharya Samman for excellent teachers and teachers of Gurukul, who are teaching in Sanskrit colleges and Gurukuls of the state. Swami Dharamdev Sanskrit Samaradhak has been awarded. At the same time, 29 Acharyas and Gurukul operators have been honored so far in the category of Acharya Sammans. The awards for the years 2017 and 2018 have also been announced by the Academy on behalf of the government. Now scholars will be honored.

Secret meeting of ISI with 7 countries including Pakistan, Russia-China in an attempt to surround India

9/11 attacks could have been avoided if the world had accepted Vivekananda’s message: President Kovind

Afghan pop star Aryana Saeed spoke to her fiancé, ‘Shoot me to save the Taliban’

Urvashi Rautela did an outdoor photoshoot in 51.8 degrees, fans were sweating after watching VIDEO

Malls, restaurants, gyms and spas will open in Maharashtra with these conditions. read guidelines

Toyota trademarked the name Corolla Quest in India, will Toyota Corolla be launched back?

Uddhav government is considering among the dwindling patients of Corona in the state, these districts...