Goldy Brar Arrest: Those street goons who became India’s ‘Most Wanted’ as soon as they reached abroad 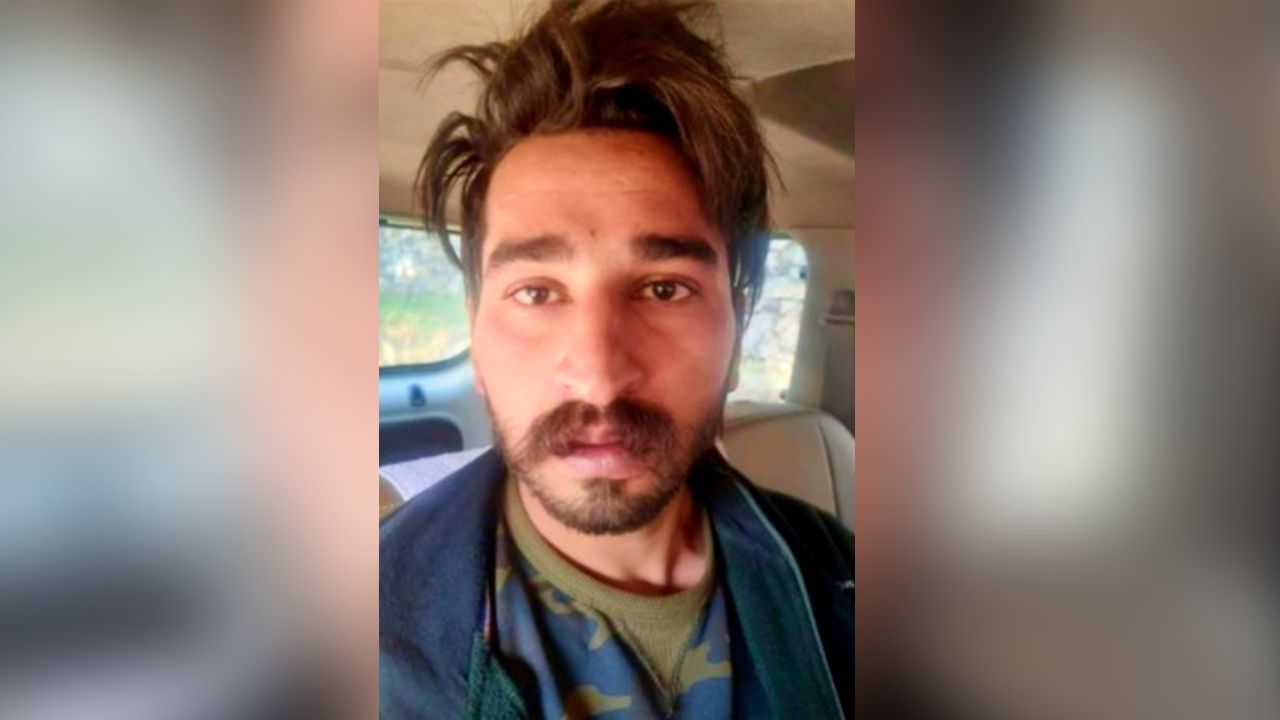 Ever since the arrest of international betel nut killer most wanted Goldie Brar, there has been a stir among Indian gangsters hiding abroad. Thinking that after Goldie Brar, don’t know who will get trapped in the claws of Indian agencies? Know who are the most wanted of the country? 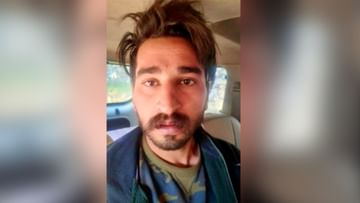 since punjabi singer Sidhu Musewala’s murder The matter has come to the fore. Since then, this thing has started raising its head again that the goons of Punjab are openly carrying out criminal incidents in India while sitting abroad. Notorious gangster of Punjab from California, USA goldie brar has been arrested. He was being searched for a long time and finally on Friday the information came out that he has been arrested. Today TV9 Bharatvarsh will introduce you to those vagabonds of the country, who have become India’s ‘Most Wanted’ as soon as they reach foreign soil.

By the way, in this work (running away from India and going abroad most wanted Bane) have become the most infamous goons of Punjab-Haryana. The Punjab module hiding abroad has created a hue and cry in India. Be it Goldie Brar or the goons of the Davinder Bambiha gang. Not only have all these gangsters been involved in the bloody activities of contract killing, but now some gangsters/goons have also come in contact with pro-Khalistan terrorists. That too by getting stuck in the trap of earning big black money just for a few nights. First of all let’s mention Goldie Brar.

This gangster of 34-35 years of age had entered the world of crime from a very young age. Father was Assistant Sub-Inspector in Punjab Police. Due to the inappropriate antics of his son, the Punjab Police compulsorily (forcibly) forced him out of his khaki job by giving him retirement. Talking about the last 4-5 years, Goldie Brar has wreaked havoc in the country (especially in Punjab, Haryana, Delhi) at the behest of his gangster guru Lawrence Bishnoi.

The murderer of Punjabi singer Moosewala

This also includes the incident of contract killing of Punjabi singer Sidhu Musewala in broad daylight in Mansa, Punjab on 29 May 2022. Kidnapping, ransom, contract killing, purchase and sale of weapons, supply of drugs are the main black-business of Goldie Brar. It is difficult to count the number of contract killings written in the name of Goldie Brar and carried out in India. The murders of Kabaddi players Sandeep Nangal Ambia and Vicky Middukheda were carried out by the gangsters of Punjab. Goldie Brar’s name cropped up in the incident of firing in the court premises of Nalagarh in Himachal Pradesh.

According to the reports of the Indian intelligence agency, Punjab Police and other security forces have recently come to know the names of 6 Khalistani terrorists sitting in other countries. Those who have been challenging the security agencies of India while sitting abroad. Out of these most wanted, 3 were said to be hiding in America, Germany and Canada. Out of these three, Goldie Brar, who was hiding in Canada, fled from Canada and reached America. Whose unconfirmed news of his arrest is now coming from California, USA. Apart from this, there is news of Most Wanted 2 being hidden in Pakistan and one in Belgium. All of them are plotting against India. At the same time, in order to feed themselves and their goons, they are getting serious crimes done in India while sitting on the seven seas.

Pakistan based Khalistani terrorist organization and Pakistani intelligence agency ISI are also helping these most wanted Indian gangsters who are hiding outside India. Pakistani agencies and most of the pro-Khalisthan people, by providing shelter to the gangsters of Punjab in foreign countries, are busy in spreading crime and unrest in India. With their help, narco-terrorism is being spread in many border states of India. Such confirmed intelligence information is also with the Indian agencies.

Gangsters are involved in drug supply

According to the reports of Indian intelligence agencies, Punjabi gangsters are given free grenades along with drugs. In exchange for blasting grenades, they also get a consignment of arms and drugs. These facts have already been confirmed in the interrogation of the accused caught in the Pathankot grenade blast. Several bomb blasts in Punjab in the last few years are enough to prove this.

The talk of nexus between smugglers, gangsters and terrorists in target killing, drug smuggling worth crores of rupees has also come to the fore. Even in all these black exploits, India’s most wanted Goldie Brar, who is hiding abroad, is proving to be a trump card. The gangsters of Ferozepur, Moga and Barnala were given shelter in Canada by Hardeep Singh Nijjar, the chief of the Khalistan Tiger Force, which is infamous worldwide for anti-India activities. This thing is not hidden from anyone today.

If we talk about subversive elements helping local gangs in Punjab, Gurmeet Singh Bagga, who is playing in the hands of Pakistani intelligence agency, is coordinating with smugglers. Lakhbir Singh Rode has been hiding in Pakistan for a long time. The main black business of Lakhbir Singh Rode is the supply (smuggling) of drugs and weapons in India.

According to the officials of the Punjab Police, Border Security Force and the intelligence agency present on the country’s Pakistan border, the tiffin bombs recovered in Punjab in the past were sent by Lakhbir Singh Rode, who was hiding in Pakistan. Hardeep Singh Nijjar, sitting in Canada, has been in the eyes of Indian agencies for many years for providing funding for carrying out terrorist incidents in Punjab.

Wives of gangsters are also helpful

A few years ago, the name of gangster Kaushal, who was sitting abroad, came to the fore in the murder of Congress state spokesperson Vikas Chaudhary in Haryana. This thing came to light when the Faridabad police arrested two gangsters. The Faridabad police had then claimed that gangster Kaushal, who was hiding abroad, had taken the help of wife Roshni and servant Naresh alias Chand in the murder case.

Then ACP Crime Anil Kumar had told that the accused servant Naresh was working at Kaushal’s house for the last several years. At that time Naresh had provided weapons to Vikas alias Bhalle resident of Dhanwapur Gurgaon and Sachin resident of village Khedi Faridabad to get Vikas Chaudhary murdered at the behest of Roshni, wife of gangster Kaushal who was hiding abroad. However, later the Indian agencies caught Kaushal gangster in Dubai.

If Indian intelligence agencies are to be believed, Jogendra Gyeong, a five lakh prize gangster from Haryana’s Kaithal district, went into hiding in Nepal many years ago. Even today it has not caught the hands of Indian agencies. Now it is being known that he is currently sitting in South Africa and handling the reins of his goons present in India. Gangster Vikas Lagarpuria, a native of Lagarpur village of Jhajjar district of Haryana, is also in the headlines.

His name also cropped up in the case of theft of 30 crores in Gurugram. Indian intelligence agencies are assuming that he has been caught in Dubai. Till now but Dubai has not handed him over to India. Similarly, gangster Raju alias Raj Kumar of Basodi village of Sonipat was found by Indian agencies in Thailand in February 2020.


India’s most wanted found in Thailand

Yamunanagar’s gangster Kala Rana was also found hiding in Thailand by Indian agencies. While the gangster Sube Gurjar of Haryana’s Gurugram worth 7 lakhs was found hiding in Nepal. Punjab’s notorious gangster Lakhbir Singh Landa is also said to be hiding abroad. It is serious that Indian agencies are still working hard to bring these most wanted criminals who are hiding abroad back to India. While the gangsters who have fled the country, sitting across the seven seas, are indulging in criminal activities in India in a state of carelessness. Why after all?

Share
Facebook
Twitter
Pinterest
WhatsApp
Previous article
Campaigning for the second phase will end in Gujarat today, BJP-AAP-Congress will play the last bet
Next article
Which foods should be included in the diet in Kidney Stone? know here

Laptop Tips and Tricks: Follow these easy methods, your laptop will never hang

Victory in Gujarat, defeat in Himachal, 15-year fort destroyed in MCD, challenges ahead for Delhi BJP