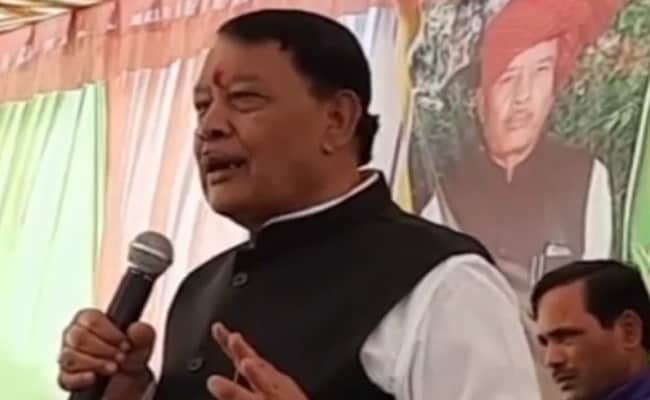 To bring equality, get the upper caste women out of the house and work with the society.

always in controversy Madhya Pradesh Food and Civil Supplies Minister of India Bisahulal Singh has once again been embroiled in controversies due to his bad words. In fact, Sarvajan Sukhay Samajik Sanstha organized the Nari Ratna Samman ceremony in village Funaga of Anuppur district. Singh, who came to attend this program, took out his heartfelt anger and took a dig at the upper castes (Thakurs) and said that Thakurs imprison their women in the house and make our women do household chores. Not only this, he even said that after arresting the women of Thakurs, get them out of the house and get them to work with the society only then equality will come.

At an award function in Anuppur, Food and Civil Supplies Minister Bisahulal Singh Singh said women from upper castes should be dragged from their homes to work in the society to ensure equality. @ndtv@ndtvindia@GargiRawat@manishndtvpic.twitter.com/k8HxbCzqiY

In Anuppur district’s sub-tehsil Funaga, Sarvajan Sukhay Samajik Sanstha had organized the Nari Ratna Samman ceremony, in which State Food and Civil Supplies Minister Bisahulal Singh attended as the chief guest, where he was talking about the rights of women in his statement. During this, he said that the great Thakurs do not allow the women of their family to walk shoulder to shoulder in the society. Big people, Thakurs keep the women of their house imprisoned.

There is “politics” in the name, the politics of the name in Madhya Pradesh

He said that if you want to bring equality, then pull out the upper caste women too, get them to work with the society only then equality will come. Let us tell you that the minister has already made controversial remarks on the wife of Congress candidate Vishwanath Singh Kunjam, on which the Election Commission had sought a reply from BJP within 24 hours. Along with this, he has also been in controversies in the past regarding other matters.