HomeNational NewsFrom India Gate: From where did RCP Singh, who was a Union...
National News

From India Gate: From where did RCP Singh, who was a Union Minister for only one year, earned money in ten years? 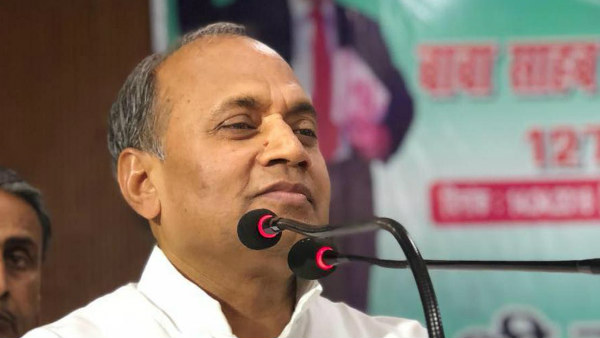 There was also speculation that after cutting his ticket, JDU would come out of the Union Cabinet. Nitish Kumar, who is known for making shocking decisions, did the same thing, he joined R.C.P. After cutting Singh’s ticket, JDU’s state president Khiru Mahto was given a Rajya Sabha ticket in Jharkhand.

This was part of the strategy to strengthen the JDU in Jharkhand, so that by taking more seats than the BJP in the Jharkhand Legislative Assembly, it would take a share in the future Jharkhand government. But since then there were also reports that Nitish Kumar was very upset with RCP Singh about something, it was also speculated that Nitish Kumar might expel him from the party.

In the midst of these speculations, Ramchandra Prasad Singh had also spoken some bitter words when he was not given a Rajya Sabha ticket. After resigning from the Modi cabinet, when journalists in Patna asked him, he had said that who removes whom in the party, it does not matter to him, but there should never be any witch hunting with anyone within the party. .

In the party notice issued by JDU Bihar unit president Umesh Kushwaha, it has been said that his immense wealth seems to be more than his income. He should tell how he bought forty bighas of land in two blocks of Nalanda district and whether it was purchased from his regular income. There is also the issue of some donated land, which they have illegally purchased, which has also been raised in the notice.

It is clear from this notice of the party that Nitish Kumar wants to take action against RCP on the basis of disproportionate assets. Nitish Kumar not only deprived RCP Singh of Rajya Sabha membership, but also forced the Chief Secretary to vacate the house allotted to him in Patna.

Now, by making the land issue public, a kind of formality of his departure from the party is being completed. Whatever answer RCP Singh gives, the party will initiate action to suspend him from the party by calling it unsatisfactory. But he has been accused of acquiring wealth like Lalu Yadav while being a Union Minister, it is a strange thing. Because he could only be a Union minister for one year, while Nitish Kumar scolded his own right-hand man RCP, accusing him of buying land in the last ten years. Have you set yourself on fire in an attempt to set Singh’s political career on fire?

By the way, R.C.P. Singh said most of the plots are in the name of his daughters or wife who pay income tax. In the department, he had given information about the purchase and sale. Apart from this, no plot was bought or sold in his account or in his name. Therefore, the allegation of acquiring wealth in Lalu style is completely baseless. He asked the leaders of the party to tell that after all he has obliged someone in exchange for a plot.

With this statement, he has confirmed that in the last one decade, he has bought 58 plots in the name of wife and daughter. Nitish Kumar has carefully isolated RCP Singh, the sword of disproportionate assets will also hang on him in future. But those who understand the politics of Bihar are asking the question that which R.C.P. Singh used to raise funds for Nitish Kumar till yesterday, how did he suddenly come under Nitish’s target? Has RCP Singh’s growing ambition not affected Nitish Kumar?

Also read: Role of Rashtriya Swayamsevak Sangh in the freedom movement and respect for the Tricolor

(The author has expressed his personal views in this article. Oneindia is not responsible for any views and information presented in the article.)

Share
Facebook
Twitter
Pinterest
WhatsApp
Previous articlePrivate Bill: What is this private bill, who can introduce a private bill in Parliament? go everything
Next articleUrfi Javed’s health deteriorated, had to be admitted to the hospital, know what happened to him