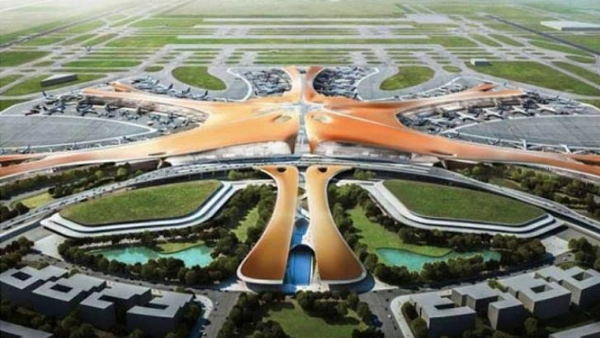 New Delhi, 25 NovemberPrime Minister Narendra Modi on Thursday laid the foundation stone of Noida International Airport at Jewar in Gautam Buddha Nagar, Uttar Pradesh. Many claims are being made on social media regarding this international airport to be built in Jewar. Some of which are completely baseless. One such claim is being made in a picture describing its look after the airport is ready, which is not true.

A photo is being shared on social media. In which it has been said that after being built, how wonderful the Noida airport will be, see in this picture. This has been shared by the Twitter handle named Newsbox India. In which it has been said that after the completion of the look of Noida airport, something will happen in which one lakh people will work. On searching about this picture, it has been found that this is a photo of the airport built in the Chinese city of Beijing. It has nothing to do with the airport being built in Noida. In such a situation, do not be deceived by thinking of it as a photo of the complete look of Noida’s airport.

With the foundation stone of Noida International Airport, UP will become the first state in the country to have five international airports. This airport will be the second international airport in Delhi-NCR. Its first phase will be completed in 2023-24. It has been said by the government that there are many wonderful facilities in this. However, despite all this, do not believe the kind of claims being made on social media without verifying them once.