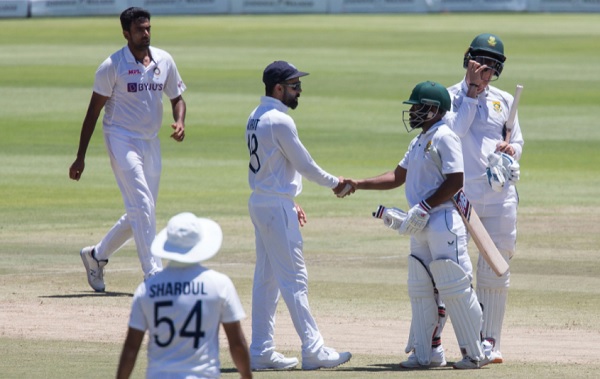 New Delhi: Virat Kohli has said goodbye to all forms of cricket as a captain after his departure from the Test format. Now Kohli will be seen playing only as a player. Virat’s unexpected decision came after India lost the third match of the three-match Test series in Cape Town, South Africa a day earlier. With this, Team India’s dream of winning the Test series for the first time in South Africa was also shattered.

Does the loss on South Africa tour have anything to do with Virat Kohli leaving the captaincy? Nothing can be said about this right now because even if India had won the historic series in South Africa, Virat Kohli might have resigned as he has taken many such decisions in recent times that have shocked and shaken the cricketing world.

Kohli’s departure as Test captain has been quite unexpected and everyone is in awe. While the fans of Virat Kohli are immersed in the sea of ​​emotions, the cricket world has its own words about this brilliant player. Such reactions have come on social media regarding leaving the captaincy of Virat Kohli-

Kohli’s IPL team Royal Challengers Bangalore has said – You have taken Indian cricket forward, which you could have done and thank you for this. you will always be our captain

You have been an inspiration and an excellent leader. Thank you for taking Indian cricket forward as much as you could. I

Thanks for the memories, King! You will always be our captain Kohli. I#playbold #teamindia #Virat Kohli pic.twitter.com/M9n9Dl3iCq

Whenever there is talk of Indian cricket captains in Test cricket @imVkohli Not only for the results, but for the kind of impact he had as a captain, he will be named above. Thank You #Virat Kohli

Kolkata Knight Riders have attached a picture of Virat Kohli sitting on the throne in which Kohli is sitting with full attitude wearing a crown like a king and KKR in its caption writes thanking Kohli for the tremendous memory and legacy of 7 years Thank you.

7 Years of Talent, Memories and Legacy! We know you gave it 120% and more

#Virat Kohli Has been the most successful Test captain for India and he can be proud of his achievements. Congratulations on a wonderful innings as captain.#crickettwitter

Jay Shah, BCCI Secretary says – Congratulations to Virat Kohli for a wonderful stint as the captain of Team India. Virat turned the team into a fit team which performed admirably both in India and outside. Test victories in Australia and England were special.

Congratulations to Virat Kohli for a wonderful stint as the captain of Team India. Virat transformed the team into a brutally fit unit that performed admirably both in India and outside. Test wins in Australia and England were special: Jay Shah, BCCI secretary

Check out the rest of the reaction-

When Virat took over as Test captain, it was a feat for India to win a Test overseas, now it is an upset if India lose an overseas Test series. And that is how he has taken Indian cricket forward and that will be his legacy. Congratulations on successful governance @imVkohli I pic.twitter.com/My2MOXNwMc

Thank you for 7 years of unwavering passion as a captain! A lot of YELLOW and best wishes to you!#whistlepodu I pic.twitter.com/Bv5WqYlOKn

Congratulations to BCCI #teamindia captain @imVkohli For his commendable leadership qualities that took the Test team to unprecedented heights. He led India in 68 matches and has been the most successful captain with 40 wins. https://t.co/oRV3sgPQ2G

Virat Kohli led India in 68 Tests between 2014 and 2022 and won 40 of them. The captain finished as India’s most successful Test captain with a win percentage of 58.82.