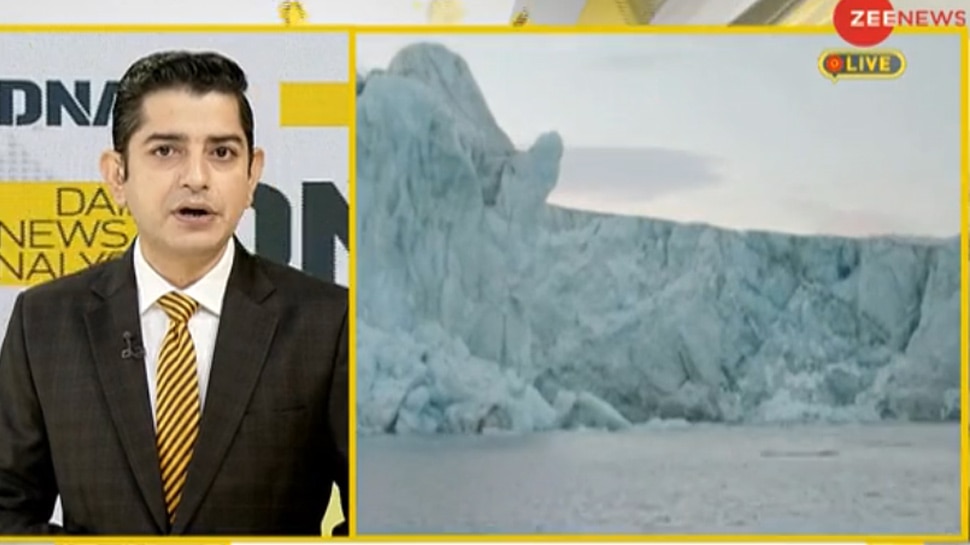 New Delhi: Climate change all over the world (Climate change) And global warming (Global warming) Subject is often limited to scientific research and seminars. In these seminars, it is discussed for some time, but after this the subject is forgotten. As many of us are careless about our health, we show the same carelessness about the health of the earth. How serious this negligence can give, now we want to discuss it with you.

3 a snow cliff broken like a city of Delhi

The total range of the largest ice mountain (Ice Berg) in the world is 4 thousand 320 square kilometers. That is, it is three times bigger than a city like Delhi in terms of area. The area of ​​Delhi is about 1500 square kilometers. That is to say, ice rocks like three cities like Delhi have broken away from Antarctica at this time and have gone towards the South Ocean. We feel that this is a major symptom of the deteriorating health of the Earth. The Ice Shelf from which these rocks have broken apart is surrounded by a large glacier in the Antarctica continent.

Actually Ice Shelf are not glaciers. The huge mountains of ice present near the ice self glacier are called. The world’s largest ice mountain A-76 has been found, it has entered the Weddle Sea of ​​the Southern Ocean at this time. This is worrying news for scientists. Because the melting of these glaciers is the reason for global warming. However, you feel that when the whole world is struggling with Corona, then how can global warming be a big threat?

How can global warming be a big threat?

So we want to tell you that fast melting glaciers can also end the life of human beings on earth. That is, this danger is bigger and more serious than the corona virus. The things that are written in books that the world will end, they will be one of the reasons for this glacier. Antarctica has 50 times more snow than all the glaciers on the mountains of the world and if these glaciers melt all over the world, then what will happen?

All glaciers What will happen if melted?

This will increase the temperature of the Earth by about 60 degrees. And this will be so much that a person will not be able to withstand this heat easily. And the second result will be that this will eliminate the pure drinking water in the world and humans will also struggle for drinking water and after a few years the life of man on earth will be completely ended. That is, the health of the earth is as important as it is necessary to be healthy.

Higher temperatures can melt one third of the snow

There are about 2 lakh glaciers on earth at this time. They have remained a huge store of ice on the earth since ancient times. In such a situation, melting of glaciers affects the people living on the land for whom the glacier is the main source of water. For example, the glaciers of the Himalayas give water to the 25 crore people living in the surrounding valleys and the rivers which go further to become a source of food, energy and income for about 165 crore people. An IPCC report cites a research warning that glaciers in the high mountains of Asia may lose one-third of their snow. This situation will also happen when humans are able to stop the emission of green house gases and limit the rise in the world temperature to 1.5 degrees Celsius. That is, this temperature of the world is increasing global warming.

Know what is global warming?

Global warming is the increase in the average temperature of the Earth due to the increase in greenhouse gases like methane, carbon di oxide, and chloro-fluoro-carbon in the atmosphere. Due to this, climate change also occurs. According to a study, since 1980, the average water level in the sea has changed by 9 inches. That is, the water level of the sea has increased by 9 inches. And the main reason for this is global warming, due to which icebergs melt and then break and fall into the sea.

The Potsdam Institute for Climate Impact Research (PICIR) says, “In the last 100 years, 35 percent of the world’s sea level rise has been due to melting of glaciers.” This series is still going on. It is estimated that due to melting of glaciers in the future, the sea level rise will be limited to 30 to 50 centimeters, because now these glaciers have very little ice left. If you compare it with the ice sheets of Greenland and Antarctic, then the sea level can rise by several dozen meters due to their melting. Simply put, fast melting glaciers and crumbling ice shelves are a major symptom of the deteriorating health of the earth and it is necessary that the world should not confine the subject to seminars and seminars. It should also be spread among the common people. At this time all countries are committed that carbon emissions should be reduced. Carbon emission means more carbon dioxite present in the Earth’s atmosphere.

This is dangerous because it is a greenhouse gas, which keeps the heat present in the atmosphere and then it is called global warming. After the Tau-Te storm in western states of India, you must have seen that tons of garbage has gathered on the seashore. This is the garbage that we have dumped in the sea, but the sea warns that this garbage was thrown back on the shore in the form of storm. Now think to yourself what does the sea want to tell you. Our seas want to tell you that this waste is not good for their health. Do not put this waste in the sea and eliminate it in other ways. This topic is also big because every year 80 lakh tons of garbage is thrown into the sea. And the people who throw these garbage are no one else but those for whom this earth is their home.

What is the healthiest breakfast in oats and corn flakes?

Jyotiraditya Scindia visited the temple before leaving for Delhi

Yezdi and BSA bikes coming back to India, will face tough competition from Jawa and...

Flashback: Govinda turned down the offer of the film with Salman, said – I am...