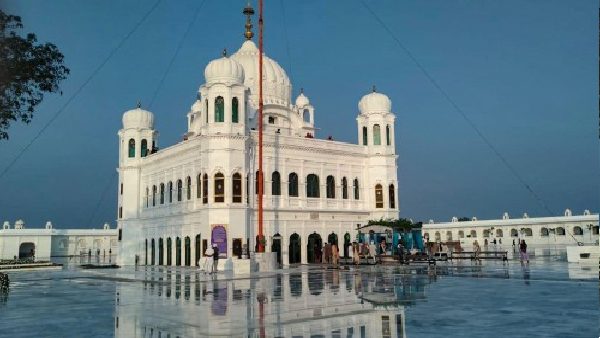 New Delhi, 26 November: The Arvind Kejriwal government of Delhi has now included the visit of Kartarpur Sahib in Pakistan under the “CM Free Pilgrimage Scheme” for the senior citizens of the state. The Delhi government officially said on Friday (November 26) that the Delhi government has decided to include Kartarpur Sahib under the free pilgrimage scheme, for which almost preparations have been completed. The first batch of pilgrims will leave for Kartarpur from Delhi in a deluxe bus on January 5, 2022.

Before Kartarpur Sahib, the Delhi government included Ayodhya in its pilgrimage plan. Under this, the first train will take 1,000 elderly pilgrims to Ayodhya on December 3. The registrations for the pilgrimage have already started.

Let us inform that under this scheme, now the elderly of Delhi will be able to travel for free to 13 places across the country including Velankanni, Ayodhya, Mathura-Vrindavan, Haridwar, Rishikesh, Neelkanth, Rameshwaram, Madurai. The first train carrying passengers from Delhi to Velankanni will leave on 07 January 2022. At the same time, for the darshan of Ramlala in Ayodhya, the first train will take pilgrims from Delhi on 03rd December.

‘Corruption in recruitment is the identity of BJP government’, alleges Priyanka Gandhi in UP TET question paper leak case