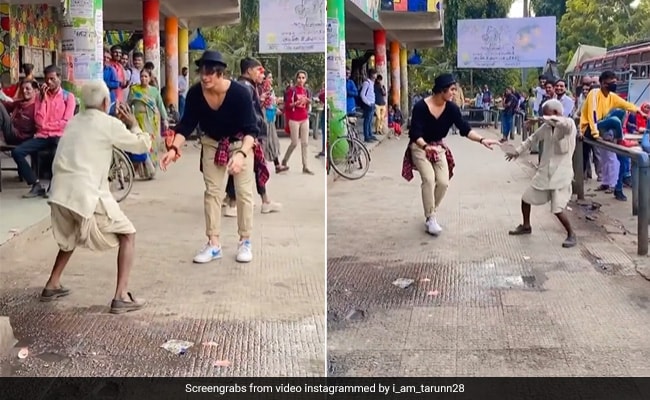 In a video going viral on social media, Grandfather is seen dancing to the popular song of Salman Khan’s film Pyaar Kiya To Darna Kya. The video was shared by content creator Tarun Namdev. Tarun often shares videos of himself with elderly people dancing to popular Bollywood songs in public areas on Instagram and has a huge following. This video, shared on November 12, has been viewed more than 4 lakh times so far.

In this video going viral, you can see an elderly man dancing on Salman Khan’s song O O Jaane Jaana. Tarun Namdev also starts dancing with him on the pavement. People watching him are also enjoying this show a lot. This video is really cute to watch. The caption accompanying the video reads, “One like in for Uncle”.

People are also liking this video very much. Uncle’s dance has won everyone’s heart. People are also praising Tarun Namdev’s dance. Also, people are not tired of praising the dance of the elderly. People are commenting a lot on the video. One user wrote – Uncle has done better dance than Tarun. Another wrote – Very good.