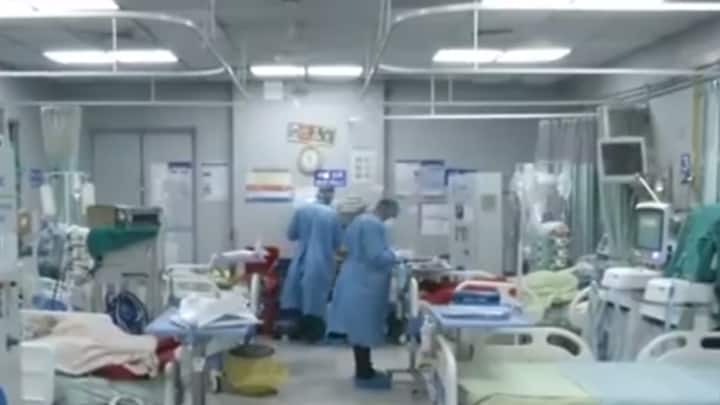 covid 19 news: Although the cases of corona in the country are decreasing continuously, but in the meantime a news has come which can again disturb on the front of Kovid. 60 students of SDM College of Medical Science in Dharwad, Karnataka have been found infected with Kovid-19. Apart from this, the corona report of 100 more students is awaited here. Giving this information, District Collector Nitish Patil said that as soon as the results of more student reports come, arrangements are being made to work accordingly.

Death toll rises in Karnataka
After the death of three more patients, the death toll reached 38,185. So far 29,49,629 people have been cured after suffering from Kovid-19 in the state. At present 6,412 patients are under treatment in Karnataka.

Three infected lost their lives in Himachal Pradesh too
Meanwhile, 116 new cases of infection were reported in Himachal Pradesh on Wednesday and three more patients died. With this, the total cases increased to 2,26,705 and the death toll reached 3,821. At present 931 patients are under treatment in the state.

Corona’s havoc is decreasing in the country
Now the havoc of Corona has reduced in India. The speed of new cases of corona has come down to below 10 thousand. Although the death toll is still high. According to the data released by the Ministry of Health this morning, 9,119 new corona cases came in the last 24 hours and 396 corona infected lost their lives. At the same time, 10,264 people have also been cured of corona in 24 hours, that is, 1541 active cases have been reduced.