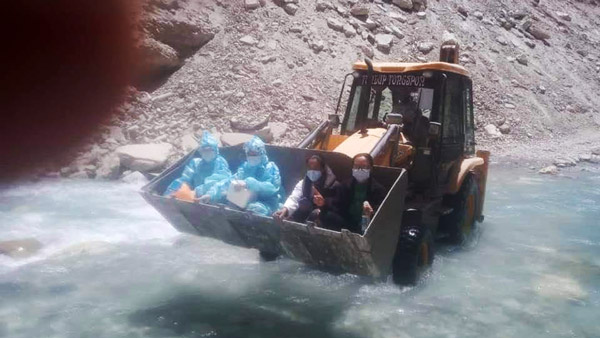 Internet users are saluting his passion to save people. Let us inform that on Tuesday, 61 new corona infection cases have been registered in Ladakh. At the same time, a total of 19,258 cases of corona infection have been reported in the area so far, while the active cases are only 1,011.

Okinawa iPraise+ electric scooter becomes cheaper by up to Rs 17,900, gives range of 180 km on a single charge

The country will need 4 lakh charging stations by 2026, the report revealed

Bad Habits: From chewing nails to shaking your feet, you will also get shocked by...