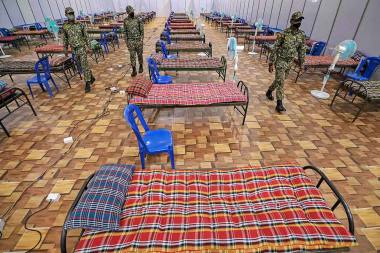 New Delhi: Karnataka Health Minister K. Sudhakar has said that the cases of Kovid have doubled in the state in 3 days during the third wave, which is much faster than the first two waves. Meanwhile, the test positivity rate in Bengaluru has reached 20 per cent, as the cases rose to 18,374 on Friday, he said, citing data shared by the health department.

This is up 18 per cent from Thursday’s figure of 15,617. Bengaluru accounts for three-fourth of the state’s total cases. Active cases stood at 90,893. The minister said that 90,041 tests were conducted in the last 24 hours.

The minister also said that the hospitalization rate in the third wave, however, is lower than the second wave now. “This is no reason for complacency, please follow covid’s proper behavior.”