HomeNational NewsCongressmen who sabotage should stop, someone fought for freedom from BJP? ...
National News

Congressmen who sabotage should stop, someone fought for freedom from BJP? Now AAP will give respect While Prime Minister Modi attacked the Congress in Palitana to strengthen the party in the Gujarat assembly elections, Congress President Mallikarjun Kharge surrounded the BJP on the issue of independence. On the other hand, AAP leader Arvind Kejriwal said in a meeting with diamond traders in Surat, “There used to be misbehavior during BJP’s rule, we will give respect”. 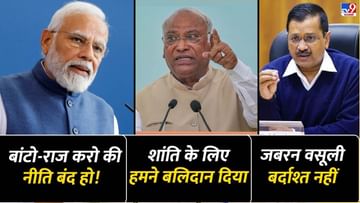 The political temperature is high for the Gujarat elections.

Prime Minister Narendra Modi, the main opposition leader Rahul Gandhi Making an issue of the participation of Medha Patkar, who was the leader of the Narmada Bachao Andolan in the Bharat Jodo Yatra led by the BJP, once again targeted the Congress. They said that Gujarat That in order to regain the trust of the public, he will have to give up the strategy of divide and rule.

Addressing a rally organized in favor of BJP candidates at Palitana in Bhavnagar district on Monday, Modi said the state had rejected the Congress because of its tendency to instigate people of one region and community against the people of another region and community. The state has suffered a lot because of the policy. The people of Gujarat are not ready to help such people who support those elements who want to break India.

It may be noted that on the issue of Medha Patkar’s participation in the Bharat Jodo Yatra, Prime Minister Modi has targeted the Congress in his election public meetings in the past as well. Voting for the 182-member assembly of Gujarat is to be held in two phases. The first phase of polling will be held on December 1 and the second phase will be held on December 5. The counting of votes will take place on December 8.

Addressing the Palitana rally, Modi alleged that the Congress had tried to create hurdles even in the effort to reach Narmada water to the drought-hit Saurashtra region. He said that Gujarat will never forgive such people who are traveling with those who stopped the Sardar Sarovar Dam project for 40 years.

Continuing the attack on the opposition Congress, Modi said – Congress’s ideology is divide and rule. Before Gujarat became a separate state, he made Gujarati and Marathi people fight with each other. Later, the Congress incited people of different castes and communities against each other. Due to such sins of Congress, Gujarat suffered a lot. 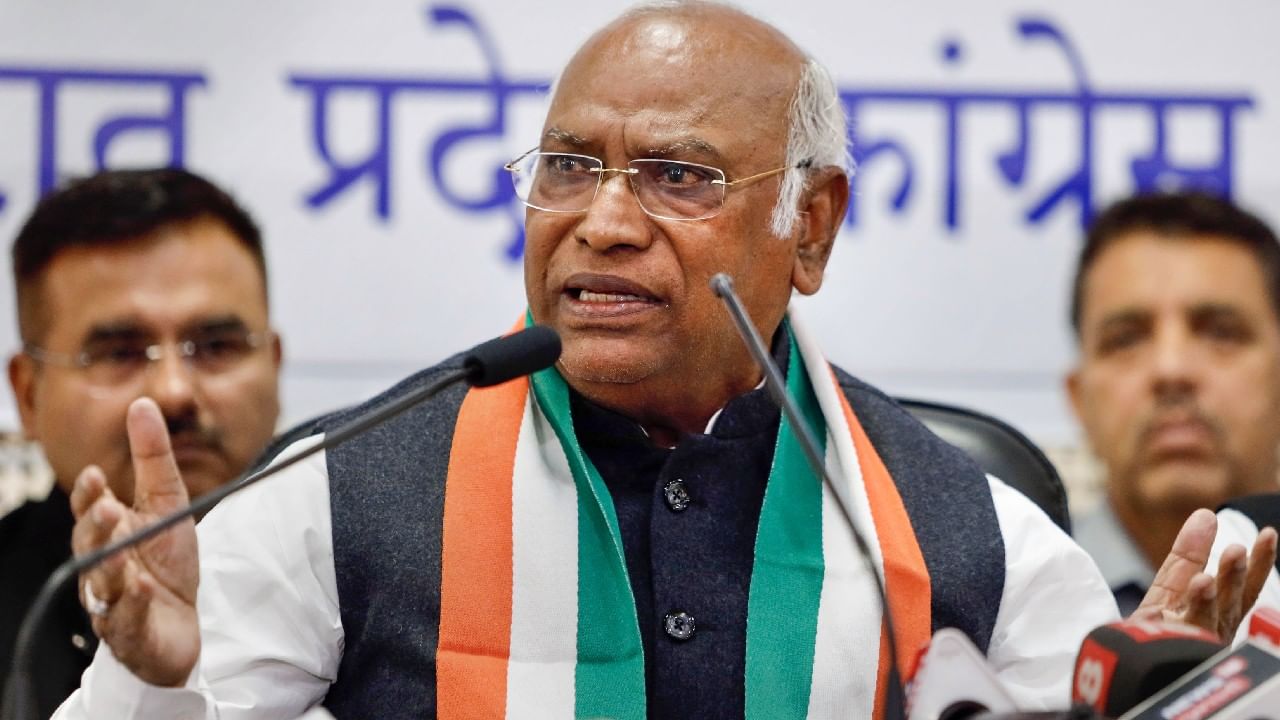 PM seeks votes for his successes and failures

Congress President Mallikarjun Kharge on Monday said that his party has lost two of its Prime Ministers while fighting terrorism. He also asked the question whether any leader belonging to the Bharatiya Janata Party had participated in the freedom struggle of the country? A day earlier, Prime Minister Narendra Modi had accused the Congress of playing vote bank politics on terrorism. Kharge said- We have fought terrorism. Our leaders made sacrifices to maintain peace in the country.

Indira Gandhi sacrificed to keep the country united. Rajiv Gandhi became a martyr for the unity of the country. He asked- Does BJP have any leader who fought for the freedom of the country? Addressing an election rally in Gujarat’s Kheda district on Sunday, Prime Minister Modi had said that the Congress and many like-minded parties consider terrorism a shortcut to success. Kharge said- We lost two of our famous and globally respected Prime Ministers to keep the country strong and united. Assembly elections are being held here, Parliament elections are not being held. We are seeking your votes on issues related to the state. It would have been better if the Prime Minister had asked for votes regarding his successes and failures in the state. 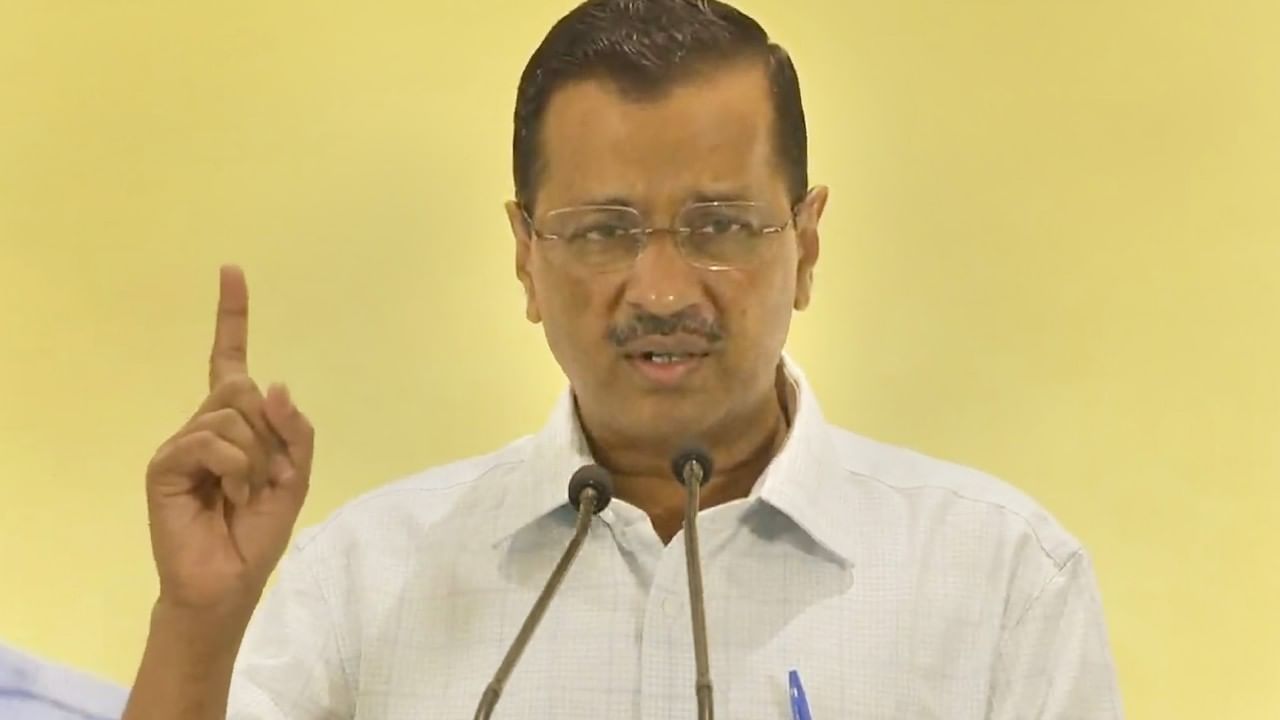 Diamond traders with you: Kejriwal

Delhi Chief Minister Arvind Kejriwal claimed in Surat on Monday that the Aam Aadmi Party (AAP) would win more than 92 out of the total 182 seats in the next month’s Gujarat assembly elections. AAP chief Kejriwal said there is a lot of enthusiasm among women and youth in Gujarat about the Aam Aadmi Party as the party has resolved to tackle price rise and unemployment. After talking to diamond traders in Surat, Kejriwal expressed confidence that they will vote for AAP, though he is not saying so openly for fear of BJP. He told reporters- All our surveys show that we are far ahead of BJP in terms of support of youth and women. I appeal to them to ask all their family members to vote for AAP. You will form the next government. We will win more than 92 seats.


He said- Inflation and unemployment are the two biggest issues affecting the people and we are presenting a time-bound solution to these issues. No other party is talking about the issues affecting the people. AAP’s national convenor Kejriwal said- There is a lot of enthusiasm among women and youth about AAP, because in our survey within these two sections, we are getting magical results. Kejriwal alleged that traders face intimidation, abuse, humiliation and extortion under the BJP rule. I have appealed to them that you have earned money but did not get respect then what is the point of money? If a small worker can call you up and abuse you, what is the point of such a life? (from input language)

Share
Facebook
Twitter
Pinterest
WhatsApp
Previous article
What did Modi give to Gujarat? Those who ask should not forget these works of theirs
Next article
Bridal Hairstyles: Take inspiration from these actresses for bridal hairstyles

Kohli is king and Mandhana is queen, achieved ‘Virat’ status, everyone is saluting

Political tension continues on the issue of clash in Tawang, there is a possibility of uproar in Parliament even today