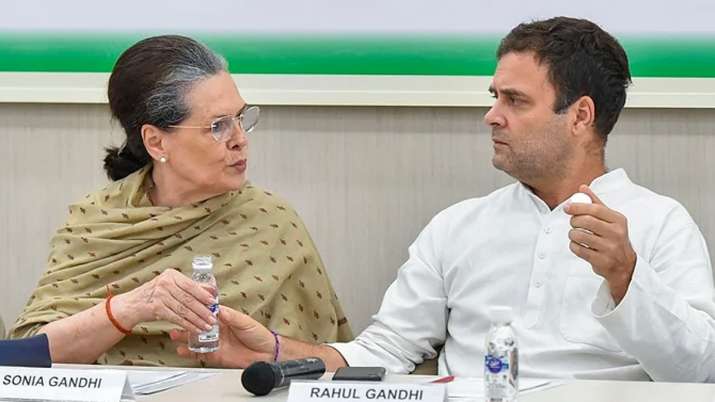 New Delhi: Congress has made a plan to surround the government on the issue of inflation. This is the reason that on December 12, the party is going to hold a ‘Mahagai Hatao’ rally in the country’s capital. Party President Sonia Gandhi will also participate in this rally and will address the people. According to reports, Congress leader and Wayanad MP Rahul Gandhi will also address the rally. Let us tell you that the Congress has planned to surround the government on many issues including China’s aggression and inflation.

Let us inform that earlier in the meeting of the Strategic Group on Parliamentary Affairs of Congress, it was decided that in the winter session of Parliament, the government will be surrounded on all issues including the demand of farmer organizations, inflation, Pegasus espionage case. Sources had said that the meeting, chaired by Congress President Sonia Gandhi, insisted that the bill to repeal the three agricultural laws be brought on the very first day of the session. The Union Cabinet has recently approved this bill.

Strong leaders of Congress had attended the meeting

In this meeting of the Congress Strategic Group, it was also decided that the discussion on the bill to repeal the three central agricultural laws would be participated and supported. A leader who attended the meeting said, “The Congress will also insist that the government accept the demands of the farmers’ organisations.” In the meeting, Leader of Opposition in Rajya Sabha Mallikarjun Kharge, Deputy Leader of Congress in the House Anand Sharma and Chief Whip Jairam Ramesh, Leader of Congress in Lok Sabha Adhir Ranjan Chowdhury, Chief Whip K. Suresh and some other leaders had attended.