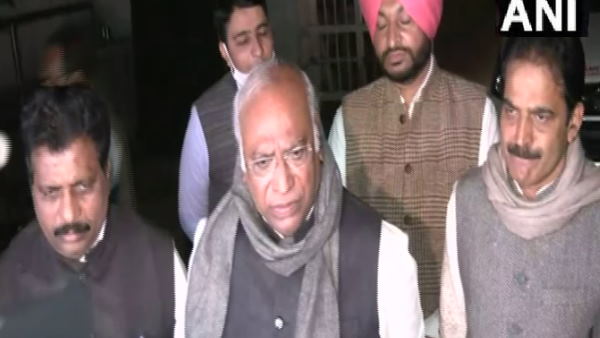 New Delhi, 25 NovemberCongress Party MPs will not attend the program to be held in Parliament on Friday, 26 November on the occasion of Constitution Day. Apart from the Congress, some other parties – TMC, RJD, DMK, CPI and CPI-M – have also come to the fore, quoting sources. This program will be held in the Central Hall on Constitution Day, in which Prime Minister Narendra Modi will also attend.

On the occasion of Constitution Day, a program will be organized in the Central Hall of Parliament at 11 am on Friday under the Amrit Mahotsav of Azadi. In which Prime Minister Narendra Modi, President Ram Nath Kovind, Vice President M Venkaiah Naidu and Lok Sabha Speaker Om Birla will be present.

Congress MPs also held a meeting at 10 Janpath in Delhi late Thursday evening. After the meeting, Congress leader in Rajya Sabha Mallikarjun Kharge has told that this meeting was held regarding the winter session starting from November 29. Discussions were held on which topics to be raised in the Congress session. Kharge said that the Congress would raise the issue of farmers, MSP and Lakhimpur Kheri in this session. He said that the Congress would unite with other opposition parties and raise the issues of the people in the House. Congress leaders AK Antony, Anand Sharma, Mallikarjun Kharge, Adhir Ranjan Chowdhury, KC Venugopal, K. Suresh, Ravneet Bittu, Jairam Ramesh attended.

Father wanted to give 75 lakhs in dowry, daughter became bride said – make them hostels for girls

Congress MPs will not attend the Central Hall program of Parliament on the occasion of Constitution Day, November 26