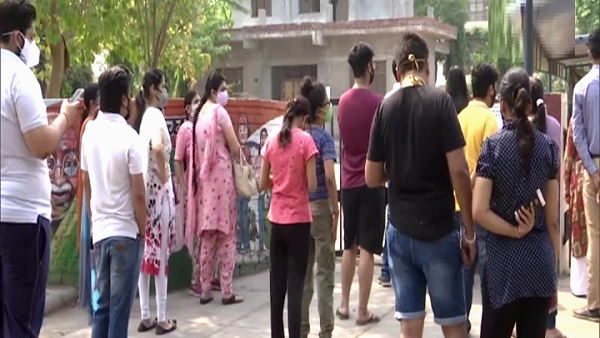 Chandigarh, The Haryana government is trying its best to introduce corona-vaccine to teenagers in the age group of 15 to 18 years. Health teams are going from village to village, door to door for vaccination. However, still some people are not getting the vaccine. Health Minister Anil Vij has warned on this. Vij has said that children in the age group of 15 to 18 years who have not got the vaccine, will not be allowed to enter the schools.

The Health Minister wrote on his Twitter, “I request the parents of children in the state to get their children vaccinated to ensure their safety from coronavirus. Not only school, but all children should get vaccinated.” Health Minister Anil Vij appealed to the children between the age group of 15 to 18 years and their parents to take the doses of the vaccine as soon as possible.

Meet the cute child reporter of Kashmir: The government should repair this road, we children cannot even walk on this muddy road

The Minister urged that all the children should get their Kovid dose done at the earliest, otherwise when the school opens, the child who does not get the dose will not be given admission in the school.

Haryana is ahead of the national average in vaccination
At the same time, the Chief Minister said that most of the people in the state have been vaccinated. The steps taken by the Haryana Government to prevent the infection of Kovid-19 have been appreciated by the Central Government. The Union Health Secretary praised Haryana for properly utilizing the funds sent by the Central Government to the states to strengthen the health resources. It was told that Haryana is also one of the states with a higher percentage of vaccines than the national average. And, Haryana is also among the states that are ahead of the national average in terms of vaccinating adolescents between the ages of 15 and 18.