Chhattisgarh: Transfer of the second installment of Rajiv Gandhi Nyay Yojana to the accounts of 1745 crore farmers 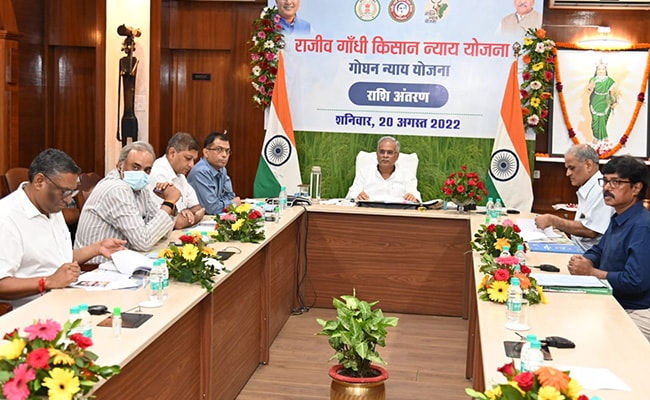 Under the Rajiv Gandhi Kisan Nyay Yojana, an amount of Rs 1745 crore was transferred to the accounts.

On the occasion of Sadbhavna Diwas, the birth anniversary of former Prime Minister Rajiv Gandhi, the Bhupesh Baghel government has released an amount of 1745 crores to farmers and cow farmers. Chief Minister Bhupesh Baghel has transferred an amount of Rs 1745 crore to 26 lakh 21 thousand farmers as the second installment of input subsidy for the year 2021 under the Rajiv Gandhi Kisan Nyay Yojana in their bank accounts. Earlier, on 21 May 2022, Rs 1745 crore was paid to the farmers of the state as the first installment of this scheme. Since the formation of the government, till now farmers have received input subsidy of Rs 14,665 crore.

* The daughter of the country will hoist the tricolor on a peak of 18,510 feet abroad, Chhattisgarh government has given courage
*Bilkis Bano case: 5 out of 10 members of the committee recommending the release of the convicts have links with BJP
* “Being the mother of two daughters…”, said Ahmed Patel’s daughter Mumtaz in the Bilkis Bano case