HomeAstrologyChanakya Niti: Do not commit these mistakes in front of your children...
Astrology

Chanakya Niti: Do not commit these mistakes in front of your children even by mistake It has also been told in Chanakya policy that parents must take some precautions while talking in front of their children. Mistakes made by you will give a wrong impression on the children 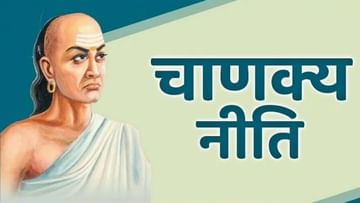 Somewhere the words of Acharya Chanakya still hold true today. he his Ethics Many important things related to life have been mentioned in Chanakya policy. Which is based on his own experience. Not only this, many people have achieved success in life by adopting them. It has also been told in Chanakya policy that parents must take some precautions while talking in front of their children. Let us know which things should not be done in front of children.

According to Acharya Chanakya, restraint on language is most important. Especially while talking in front of children, profanity should not be used in the language. Use good language in front of them because children adopt what they hear.

Often there are petty squabbles between husband and wife, which is a common thing. But during this time you should take special care not to point out each other’s shortcomings even by mistake in front of the children. Because doing so reduces respect in the eyes of children.

According to Chanakya Niti, while talking to each other, parents should have a sense of respect and dignity towards each other. One should not use derogatory words or abusive words even by mistake. Children will also learn the same by having respect for each other.

Acharya Chanakya has told in his Niti Shastra Chanakya Niti that parents should never lie in front of children. Because this mistake of yours can become a habit of children. So be a little careful.

Share
Facebook
Twitter
Pinterest
WhatsApp
Previous article
Elon Musk fired the engineers and handed over this big responsibility to the hacker
Next article
This app is giving flight tickets for just Re 1! This is the booking method

Wife killed her husband by giving slow poison, read the whole story from conspiracy to outcome