Calling Taiwan a ‘country’ was expensive, Snickers Makers of America apologized to China 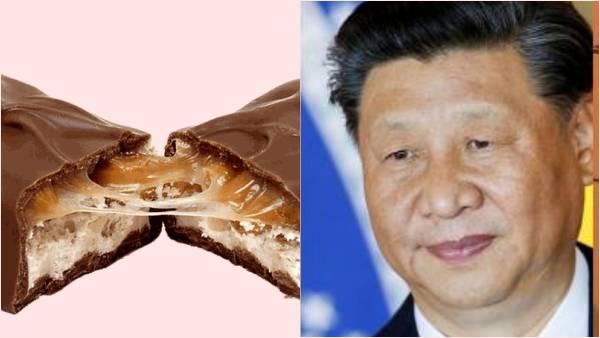 US giant apologizes to China

Manufacturers of Snickers candy bars have had to apologize to China. That is because the company has shown Taiwan as a country in its advertisement. For just this, the giant of America has surrendered to China. At the same time, Nancy says that America will not leave Taiwan’s side under any circumstances. However, Taiwan must have been shocked by this.

American candy giant Mars Wrigley has insisted that it respects China’s national sovereignty. He apologizes to Beijing for showing Taiwan as a country.

Snickers creator Mars Wrigley has apologized for Friday’s Snickers product launch. The company recently launched a limited edition of the Snickers bar. Its ad claimed that the limited edition of Snickers is only available in the countries of South Korea, Malaysia and Taiwan. In the pictures, Snickers had described Taiwan as the country.

Photos and videos from the launch event went viral on China’s microblogging platform Weibo. After this there was a huge uproar in China. The people of China started talking about Snickers in different ways. After this, Mars Wrigley felt that the matter was coming to the market bad, so he quickly apologized to China for his mistake.

Will China keep getting Taiwan?

Significantly, China has been claiming neighboring Taiwan as its share. China has been saying that Taiwan is a part of it and one day it will be reunited with China’s land. Beijing has not ruled out the possibility of using force for Taiwan. However, as the controversy escalated, Mars Wrigley issued an apology on his Snickers China Weibo account on Friday, saying that the relevant content had been amended. That is, now Taiwan is not presented as a country in its advertisement.

Share
Facebook
Twitter
Pinterest
WhatsApp
Previous articleSmriti Mandhana: Smriti Mandhana opened the thread with a beating, hit a historic fifty against the British
Next articlePrivate Bill: What is this private bill, who can introduce a private bill in Parliament? go everything