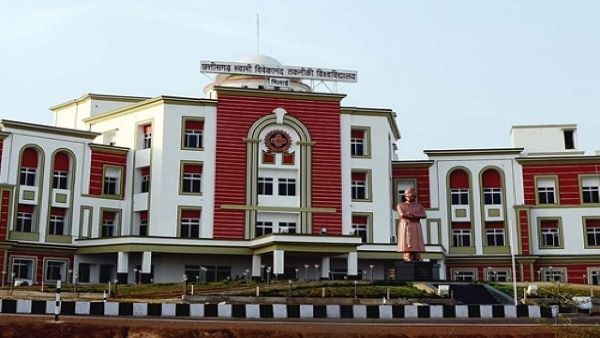 Durg, 06 Aug.
The interest of the youth in the engineering education of Chhattisgarh is decreasing. Due to which the admission of students in engineering colleges of the state is also decreasing. Due to which Swami Vivekanand Technical University of Chhattisgarh applies closure application to close the engineering college in Durg every year. But this time not a single college has given closure application. Due to which it is believed that the college management is expecting better admission this year. Some colleges have applied to increase the seats.

Many colleges closed due to lockdown
Many colleges, which have suffered losses due to the decreasing craze among the youth towards engineering and the lockdown in the past Corona period, have closed their institutions. For a few years, the interest of the students towards engineering started decreasing. Due to which many engineering colleges were also closed. The biggest reason for this is that engineering students are not getting employment in the state. Electrical, mechanical and IT students go to Bangalore or other countries and look for jobs.

Once again the increasing trend, the university developed new courses
Now once again the interest of students is likely to come in the engineering field. According to experts, the introduction of many new courses has had a positive impact. Students are again taking interest in engineering education. The number of students appearing in the PET and PPT exams has also increased. With this, the college managements hope that the graph of admission will increase this year. Many efforts are also being made by the same university, by changing the curriculum to the students, it has made the study of students easier by publishing engineering books in Hindi.

15 colleges closed in five years, now demand to increase seats
According to the information received from the Vice-Chancellor of the University, 15 institutions have been closed in the last 5 years, every year for 3 to 5 years, applications were received for closure of the institute, but this time the university has not received a single application for closure. Rather, this year the colleges have demanded to increase the seats, according to the merit of the college, the seats will be allowed to increase. This session will prove to be good for engineering colleges. Applications are being received like increasing or decreasing seat intake and launch of new courses.

Affiliation will be given from the university till August 31
All India Council for Technical Education (AICTE) granted recognition to the colleges till July 31. This is called letter of approval. LOA letter will be given in college CSVTU. After this process, they are given affiliation with the university. After getting the affiliation from the university, the Directorate of Technical Education will start the counseling by the second week of September. At present, DTE has not updated regarding counseling yet.

Focus on new courses in computer science
According to the present era, more emphasis is being laid on designing subjects and courses in the engineering colleges of the state. As the present time is of courses related to computer and robotics, all the colleges have put their full focus on those courses, which the students were going to foreign states to do.

From India Gate: The truth of the horrors of Partition in the eyes of litterateurs

From India Gate: The truth of the horrors of Partition in the eyes of litterateurs