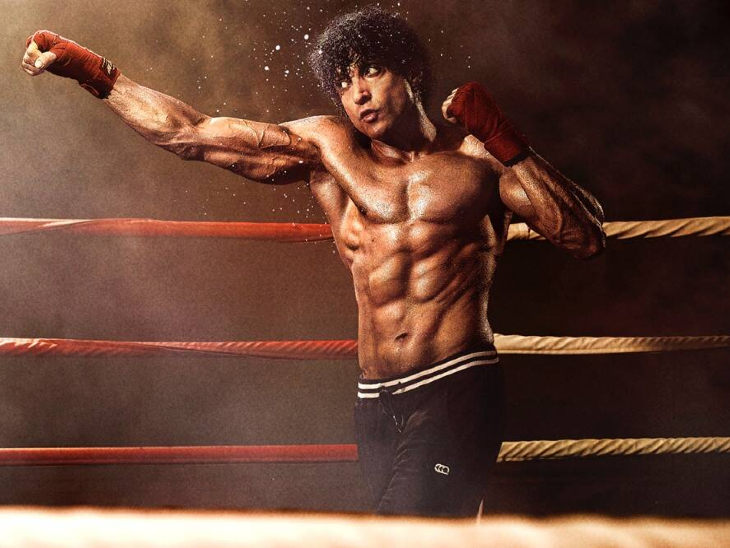 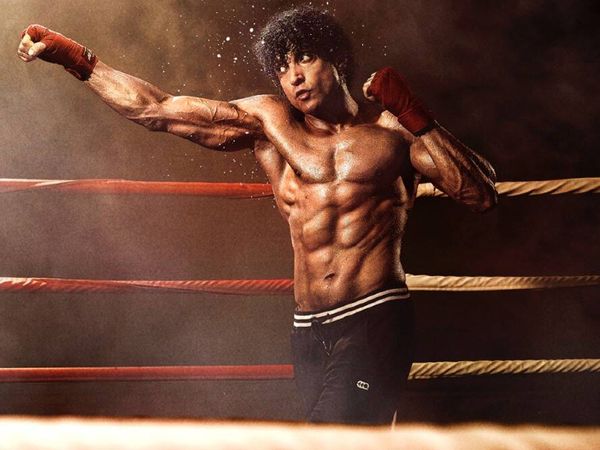 The new release date of actor Farhan Akhtar’s sports drama film ‘Toofan’ has been announced. Farhan himself has given information about this by sharing a poster of the film on social media. He wrote in the caption of the poster, “With humility, love and dedication to the fighting spirit of the beautiful people of the country, our film ‘Toofan’ will release on 16th July on OTT platform Amazon Prime Video.” The film was earlier scheduled to release digitally on May 21. But it was pushed forward due to the Corona epidemic. Directed by Rakeysh Om Prakash Mehra, Farhan will be seen in the role of a boxer. Apart from Farhan, Mrunal Thakur, Paresh Rawal, Vijay Raaz, Mohan Agashe, Hussain Dalal and Darshan Kumar will also be seen in important roles in the film. Paresh has become Farhan’s boxing coach in the film. 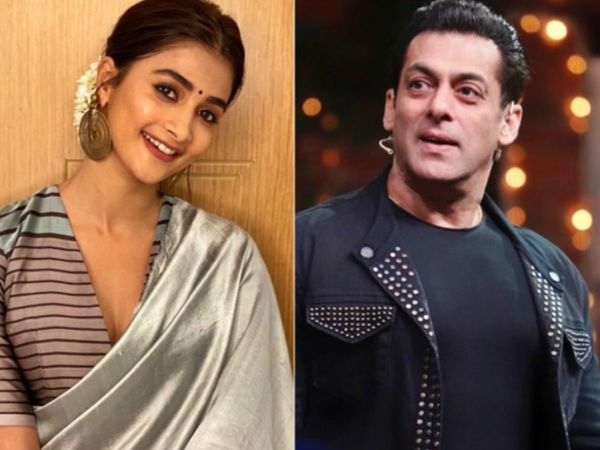 2. Salman Khan and Pooja Hegde starrer ‘Bhaijaan’ to release on Diwali in 2022
Director Farhad Samji had changed the name of his upcoming film ‘Kabhi Eid Kabhi Diwali’ to ‘Bhaijaan’ a few days back. Now a big news is coming out about Salman Khan and Pooja Hegde starrer ‘Bhaijaan’. According to reports, Salman’s action-comedy ‘Bhaijaan’ can be released in 2022 on the occasion of Diwali. The makers are preparing to start shooting for the film from November 2021. The first look of this film will be released on July 21 on the occasion of Bakri Eid. ‘Bhaijaan’ is the Hindi remake of a popular Tamil film. Apart from Salman-Pooja, Aayush Sharma and Zaheer Iqbal will also be seen in this film. 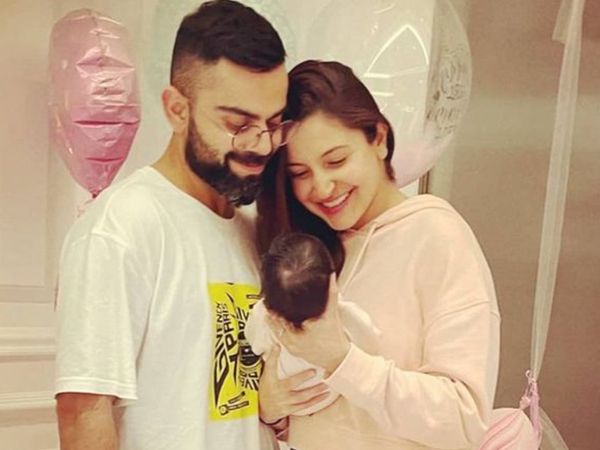 3. Woman caught with a child in her hand, Anushka Sharma was impressed after watching the video
Actress Anushka Sharma is very active on social media. She also keeps sharing something or the other with her fans every day. Now recently Anushka has shared a video. In this video, a woman sitting in the audience during a baseball match can be seen taking a spectacular catch with a child in her hand. Impressed by the woman, Anushka shared the video and wrote in the caption, “There is nothing that we women cannot do.” This video of the woman has also become quite viral on social media. This video was shared by YouTube channel MLB. The caption of this video read, “A mother can do anything while handling the child, even catch a ball.” 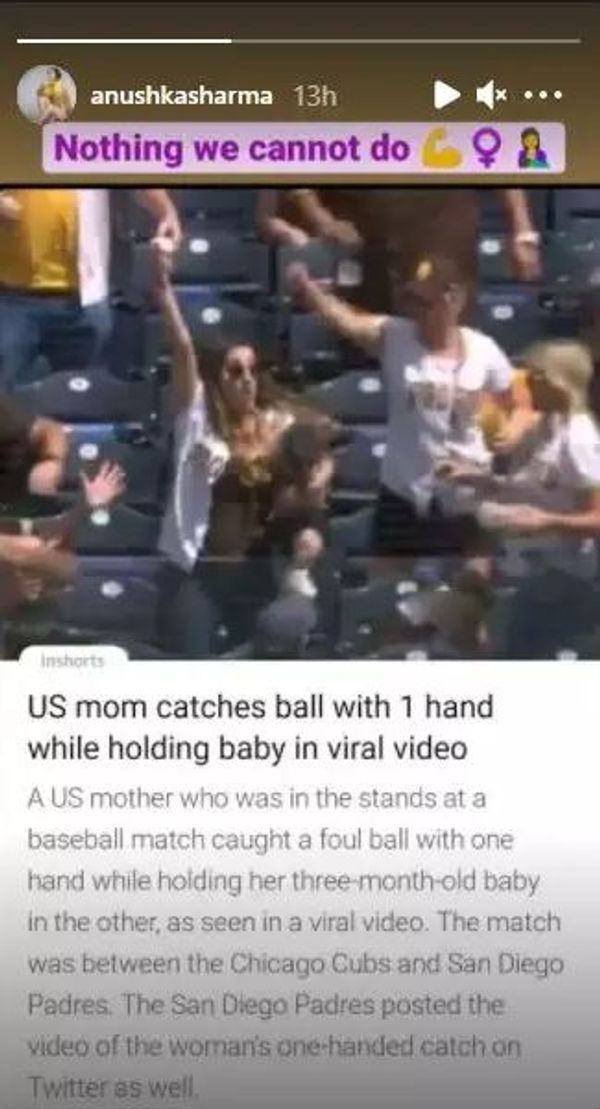 4. Samit Kakkar will make two films with Sanjay Gupta
Well-known Marathi filmmaker Samit Kakkar’s recent release is the web series ‘Indouri Ishq’, which is a story of youth. This series is becoming very popular among the youth in small towns. Meanwhile, it has also been heard that Sanjay Gupta has signed a deal for two films with him. Although, the committee cannot reveal much about this yet, but the first film will go on floors almost next year. According to the committee – I have always been more interested in the story than the budget. I am working on many stories in lockdown. Sanjay Gupta has signed a deal for two Hindi films. The story of the movies is awesome. It is a pleasure working with Sanjay Gupta. Currently, Samit’s upcoming Marathi film will be ’36 Guns’. He is busy finishing it with Santosh Zubekar, a well-known artist of Marathi films. 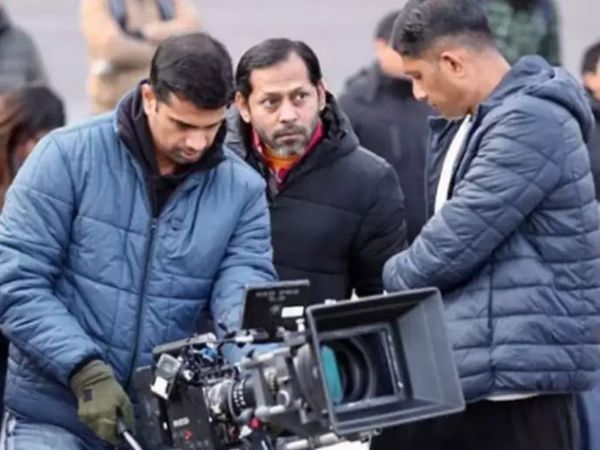 5. Sonakshi Sinha’s new initiative, appeals to people to plant trees
Actress Sonakshi Sinha is busy making people aware about the environment these days. Sonakshi recently planted saplings in Mumbai with her father Shatrughan Sinha and mother Poonam Sinha. Some photos of which Sonakshi herself has shared on social media. In the caption of the photos, he wrote, “Now you can adopt one, two or even three trees. Due to cyclonic storm Tau Te, Mumbai has lost about 2363 trees and out of them about 348 trees are ‘K/West Ward’. Congrats to the Assistant Commissioner MCGM K/West Ward Mr. Mote and his accompanying bmc team for starting this wonderful initiative. Who have started this initiative, under which people can replant uprooted trees And you can adopt.”

There is more news…

Ranbir Kapoor was not happy being single, said – loneliness makes you sad

Demand for GST free of goods related to treatment of Corona, no relief received in...

HEALTH: Be careful, drinking milk can increase the risk of diabetes!