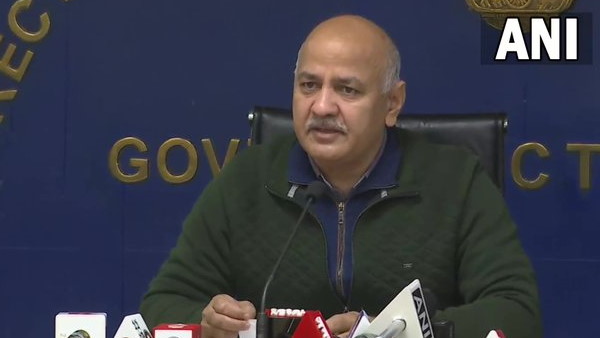 New Delhi, 14 January. The Aam Aadmi Party (AAP) government of Delhi had started the ‘Mentor’ program after school to encourage and promote children and youth for careers in different fields. In October last year, AAP launched the ‘Desh Ka Mentor’ programme. Now a BJP worker in Chhattisgarh has complained against this program and demanded to stop it. Responding to the complaint, Delhi Deputy Chief Minister Manish Sisodia hit back at the BJP.

In a statement on Friday, Deputy CM Manish Sisodia said, ‘BJP does not want the ‘Desh Ka Mentor’ program started by the Aam Aadmi Party (AAP) to continue, so on the complaint of a BJP worker from Chhattisgarh this program NCPCR was used to prevent By which it was said that it (the country’s mentor program) is a “threat” to the safety of a child.’ The National Commission for Protection of Child Rights (NCPCR) has asked the Delhi government to suspend the country’s mentor program till its lapses are addressed.

The BJP does not want the AAP’s ‘Desh Ka Mentor’ program to continue, so they used the NCPCR to stop the program on a complaint from a BJP worker from Chhattisgarh, who said it was a “threat” to the safety of a child. Is: Delhi Deputy CM Manish Sisodia pic.twitter.com/Pmxa3vA5nc

Also read: Delhi Health Minister said – there will be less corona patients, yesterday 28 thousand were found, today less than 25 thousand will be available

Let us inform that the brand ambassador of this program of Delhi Government is Bollywood actor Sonu Sood. The objective of this program is to guide the children specially studying in government schools who lack people to tell about their career. Under this program the government will appeal to the educated experienced people to come and adopt some children, keep in touch with them and guide them. During the launch of ‘Desh Ka Mentor’ program at Thyagaraj Stadium, Delhi CM Arvind Kejriwal had said, ‘After school is over, children do not know what to do in future. If children get good mentors at that time who can tell them what they can do next, it will be of great help to the children.