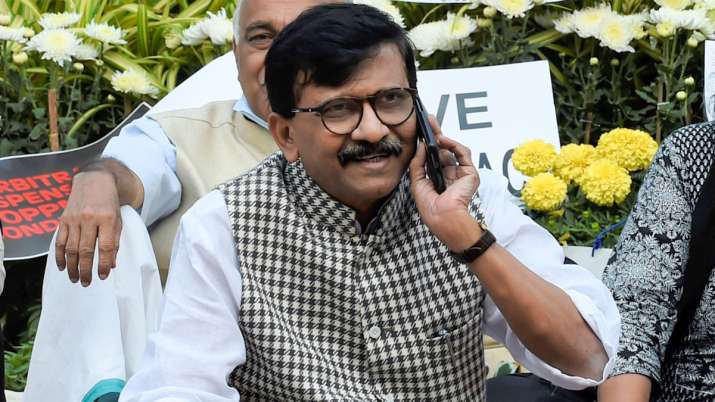 Mumbai: Shiv Sena leader Sanjay Raut on Friday said the Bharatiya Janata Party should speak about China’s “incursion” into Indian territory and not limit itself to speaking only on Pakistan. In New Delhi, Raut on Thursday hit back at the BJP when asked about Maharashtra Chief Minister and Shiv Sena chief Uddhav Thackeray’s stay away from the COVID-19 meeting chaired by Prime Minister Narendra Modi, saying, “BJP can’t do anything insignificant”. Keeps criticizing the Maharashtra government for the issue, as if that party has no other work to do.’

Raut, a Rajya Sabha member of Shiv Sena, said, “BJP should speak about China’s incursion into Indian territory. This is a far more important issue. BJP selectively mentions Pakistan, but does not mention China. It is noteworthy that there has been a standoff between Indian and Chinese troops in eastern Ladakh since May 2020. An official statement said on Thursday that the 14th round of talks between the armies of the two countries did not lead to any success.

‘BJP people can make false claims’
“Shiv Sena may organize such camps for eye and ear checkup as they are making false claims,” ​​Raut said. We will definitely fix them.’ Asked about Shiv Sena’s plan for the elections to the Uttar Pradesh and Goa assemblies, he said, “Some Trinamool Congress leaders are meeting me tomorrow regarding Goa elections. In Uttar Pradesh, we are planning to contest on 50 seats.