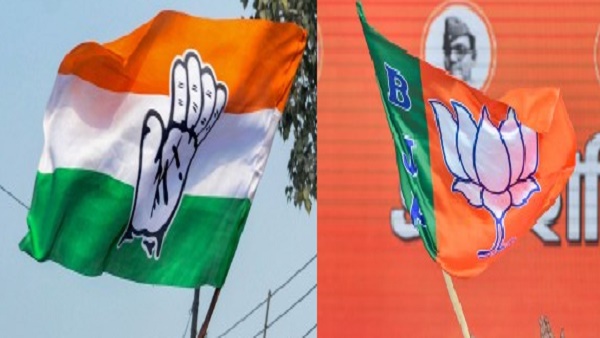 Dehradun, 25 November. In Uttarakhand, the fight between the BJP and the Congress is considered to be a more difficult contest. BJP, Congress have also put their full efforts to win the elections. For this, both the parties are going to the door of the public to make a manifesto. While the Congress, after collecting issues from the Nyaya Panchayats, is now connecting with the public through missed calls, the BJP has talked about making a manifesto with the suggestions of the public by taking suggestion boxes to 70 assembly seats. In this way both the parties are talking about making a manifesto on public opinion.

Workout started on manifesto
Before going to the elections in Uttarakhand, BJP, Congress have started homework regarding the manifesto. The manifesto of any party is the mirror of the government. Which sets the priorities of the government. In such a situation, the parties insist on more brainstorming regarding the manifesto. In order to regain power, the BJP has started the exercise for the 2022 election manifesto. Chairman of the Manifesto Committee Former Union Education Minister Dr. Ramesh Pokhriyal Nishank has been made the chairman of the Manifesto Committee. Which are telling the manifesto as a vision letter. The members of the Manifesto Committee will visit all the organizational districts and take feedback on major issues. Along with this, manifesto committees will also be formed in all the districts. For this, the BJP has also decided to put up suggestion boxes in all 70 assemblies. Who will take suggestions from the workers, public in the assemblies for 2 days. After that the suggestions will be collected and the issues of opinion will be included in the manifesto. Till now the BJP is working on a strategy to base the work done by the government on employment, women and education.
Congress had already announced
Before the BJP, the Congress has also talked about making the manifesto by connecting it with the public. Congress has named its manifesto as Pratigya Patra. Which is being talked about by connecting with the common man. Congress has talked about including big issues like inflation, employment in this. Congress state in-charge Devendra Yadav has said that Congress tried to know the problems of the people by going to 670 Nyaya Panchayats. During this, big issues like inflation and unemployment have come up in front of the Congress. Devendra Yadav said that the manifesto of the Congress will be like a pledge. The public will be consulted to prepare it. For this, the party is issuing a toll free number. The people of the state can give their opinion on this. Whatever suggestions will come through the toll free number, they will be conveyed to the Congress leadership. He said that you can call on 1800212000055 to get your views and issues included in the waiting sheet. Or you can miss call on 1800123000055. Apart from this, you can give your suggestions through WhatsApp on 9099283377. Congress State President Ganesh Godiyal said that this number has been issued so that the suggestions of the last person can reach the Congress leadership.

Opinion of BJP, Congress on this issue in Uttarakhand, know what is the matter