This is the first time that a party has reached the figure of 156 in the Gujarat Legislative Assembly. After the formation of Gujarat in 1960, no party had achieved such a big victory. This victory is even bigger for the BJP because the party could not even touch the figure of 100 in 2017. 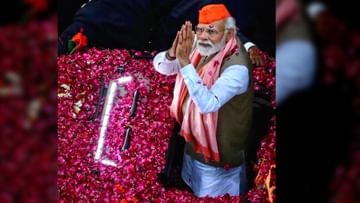 gujarat assembly election Prime Minister after the historic victory in Narendra Modi Once again in the global media. Global media outlets hailed the massive victory of his party BJP, where PM Modi himself took the lead in his home state. this is the first time gujarat assembly In this no party has reached the figure of 156. After the formation of Gujarat in 1960, no party had achieved such a big victory. This victory is even bigger for the BJP because the party could not even touch the figure of 100 in 2017.

Singapore’s Straits Times, Nikkei Asia, Al-Jazeera, Independent, ABC News and The Guardian are among the major global media outlets that covered BJP’s historic victory. The British publication The Guardian said that PM Modi has given a new height to his party before the 2024 general elections. The UK-based Independent said the record victory in Gujarat is a major win for the BJP ahead of the national elections in 2024.

Citing the BJP’s defeat in the Gujarat assembly elections since 1995, Japan’s Nikkei Asia attributed the victory to the popularity of PM Modi in the state of Gujarat. “(PM Narendra) Modi is very popular in the state, where he served as chief minister for nearly 13 years before becoming prime minister in 2014,” the paper said. Japanese media said that PM Modi held several rallies in the state, which is star power for BJP. The newspaper said that “many citizens take pride in the fact that Gujarat-born Modi represents India on the global stage.”

PM said thanks to Gujarat, told the worker a champion

Al-Jazeera has written quoting a professor of Jawaharlal Nehru University that this victory of BJP in Gujarat is a mobilization of Hindu votes. On Thursday, Prime Minister Modi thanked the people of Gujarat on his personal Twitter account and said that they have blessed the politics of development. He described the party workers as champions and said that this historic victory would not have been possible without you.

Share
Facebook
Twitter
Pinterest
WhatsApp
Previous article
Year Ender 2022: Most searched tourist spots this year
Next article
In 9 years, Rahul Gandhi wrote 12 times – accept defeat, will improve; After all, what is the merger of Congress?

The bowler who returned after 12 years was out of the first test, BCCI made a big mistake