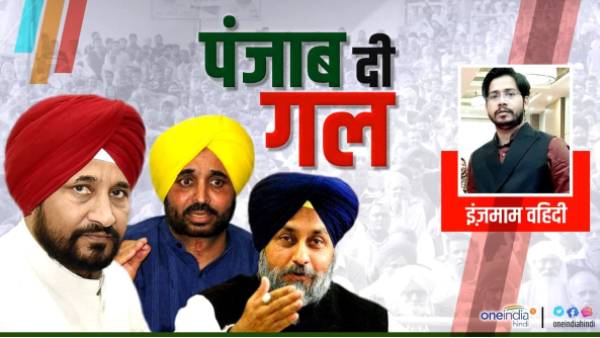 Punjab CM Charanjit Singh Channi had reached Halka Gurharsahai in Ferozepur to inaugurate different projects. But they had to face opposition from different batches of prisoners. When CM Channi was addressing the Congress workers, the ETT teachers union started shouting slogans against him. After this the situation became very bad, there was also a scuffle with Congress workers to get the ETT teachers out. Seeing the situation, CM Channi returned without inaugurating it. Somebody threw stones in the middle of the convoy but the CM vehicle narrowly escaped. After the return of Chief Minister Channi, different batches of prisoners blocked the road by staging a dharna at the turn of Ferozepur Fazilka National Highway Golu.

Chadhuni will make your party

Farmer leader Gurnam Singh Chaduni is adamant on the matter of forming his political party. The program was organized on the occasion of Sir Chhotu Ram Jayanti and Constitution Day in Sector-8, Ambala. During this, Gurnam Singh Chaduni announced to form his political party, he has made it clear that in view of the upcoming assembly elections in Punjab, he will form his political party and field his candidates in the electoral fray. Along with this, he said that while making Punjab a model, he will also start preparing for Haryana. At the same time, many farmer leaders distanced themselves from the program, calling the program a political program.