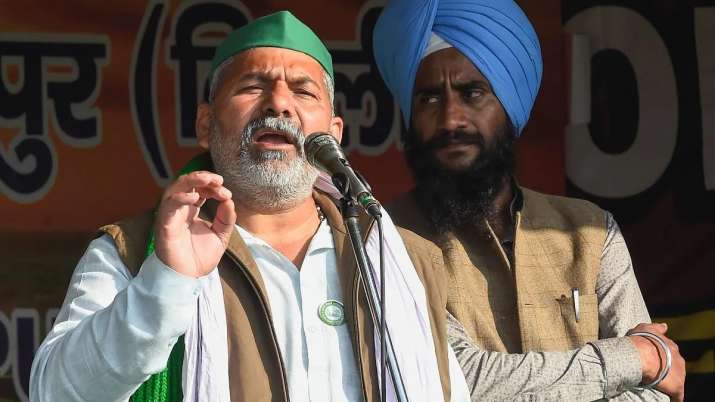 Hyderabad: Bharatiya Kisan Union (BKU) leader Rakesh Tikait on Thursday called AIMIM national president Asaduddin Owaisi and his party All India Majlis-e-Ittehadul Muslimeen the “B team” of the Bharatiya Janata Party. Addressing a ‘maha dharna’ at Dharna Chowk in Hyderabad on the anniversary of the farmers’ agitation, Tikait launched a scathing attack on Owaisi and asked people to keep him ‘tied’ to the state so that he does not go out for help.

Rakesh Tikait said, “That one of yours, the one-nosed bull that you have left unbridled to help BJP, keep it tied here. He is the biggest helper to BJP in the country. Don’t let him go out of here.” He speaks something else but his motive is something else. Keep him tied here. Don’t let him go out of Hyderabad and Telangana. If he goes there, he helps BJP, this whole country knows. Keep them, they are unbridled bulls. They give some other statements, do sabotage work. Both ‘A’ and ‘V’ are teams. The people of the country know this.”

Earlier, Tikait had targeted Hyderabad MP Asaduddin Owaisi by calling him uncle life of BJP. He had hit back at Owaisi for demanding the repeal of the CAA law. At the same time, he accused Owaisi of nexus with the BJP. He has said that Asaduddin Owaisi and BJP have an ‘uncle-nephew’ relationship.

Rakesh Tikait said that withdrawal of bills is not a win or defeat, the agitation will continue till a law is made on MSP. Tikait demanded that Union Minister of State for Home Ajay Teni be sacked. Simultaneously, the MSP guarantee law was made. He said that farmers have other issues which should be discussed. Apart from this, a memorial should be made for the farmers who were martyred in the movement.